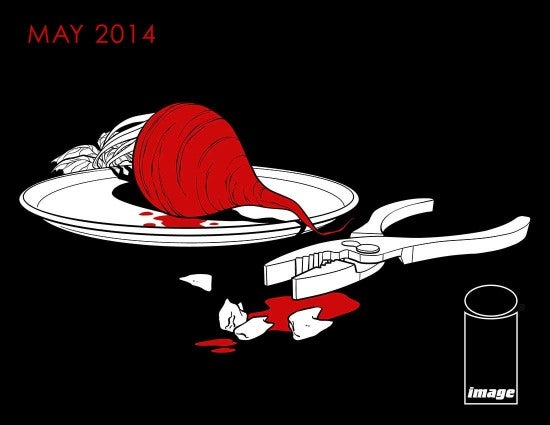 Image Comics announced today that Chew and Revival, two of their consistently best-reviewed comics, will cross over in May. John Layman & Rob Guillory, the minds behind Chew, and Tim Seeley & Mike Norton, the architects of the gothic noir Revival, will unite to whip up an appetizing fusion of their New York Times bestselling series for two issues stuffed with adventure in a Chew/Revival cross-over from Image Comics. Readers will find out what's on the menu for Tony Chu when he heads into rural Wisconsin—where the dead don't stay at rest and the living do their best to cope—in Chew/Revival #1. 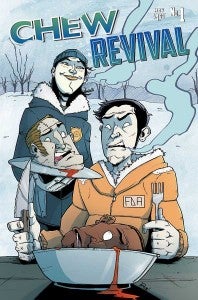 "In my head I've got a checklist of all my favorite books I want Chew to crossover with, if for no other reason than it gives me an opportunity to visit a world that isn't mine, that I'd nonetheless like to play in," said Layman. "Revival is a the top of the list, and I'm stoked I've got the opportunity to send Tony Chu to visit. It's a fun opportunity to check out both books for less than a single issue of each." "When John [Layman] proposed the idea, I told Tim [Seeley], 'no way. That will never work,'" admitted Norton. "After a while I thought about it and went back to Tim and said, 'yeah, no way, that will never work!' But then, I thought even more on it. I think the way we're doing it is reminiscent of when indie books of the '80s would cross companies and appear in each book even though you'd never expect those universes to collide. It's just a matter of loosening up and having some fun." Seeley added, "Chew showed us all that there was a place for quality off-kilter series, and we're excited to have the cast of our 'rural noir' meet up with America's favorite cibopath. I think we've figured out a great way to take advantage of the 'WHAT THE HELL' factor of crossing over two very different worlds that'll make for a great read." "Honestly, even I was shocked how well the two titles gelled together," said Guillory. "It's a really, really fun experiment that will surprise fans of both books, I think." Chew/Revival #1 is served in stores on May 28, and will be available for $4.99. It can be pre-ordered using Diamond Code MAR140497. 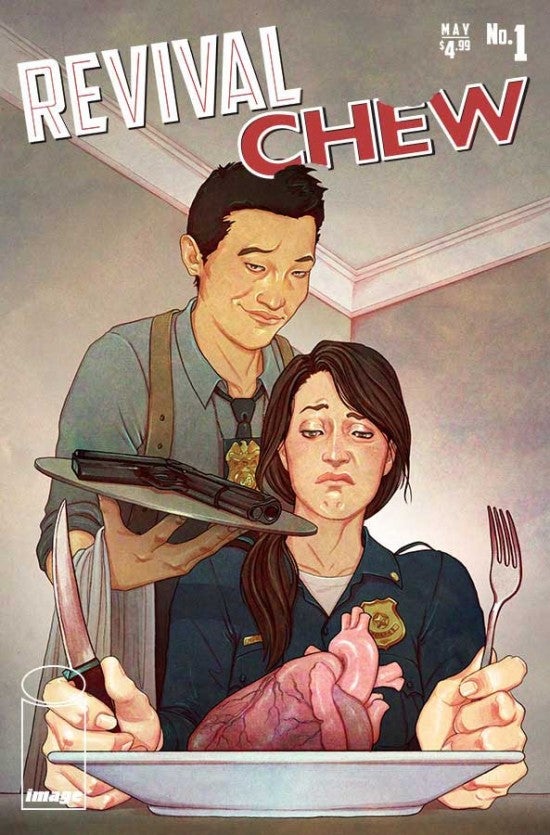 Image Comics's Chew and Revival to Cross Over in May

Rahul Kohli Wants to Star in The Wolf Among Us Adaptation

Interview With the Vampire: Jacob Anderson Opens Up About How His Louis Differs From the Iconic Novel