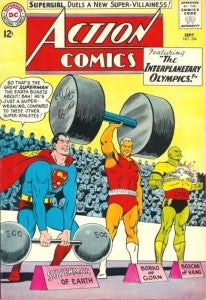 As America seems enthralled today with both the Olympics and the Curiosity rover landing on Mars, it got me thinking. How much longer will it be before these two momentous events are combined? Yes, I’m talking about Interplanetary Olympics.

Assuming the Curiosity rover successfully lands on Mars, what happens if life is discovered? Of course, any life that is discovered would likely be at the microbe level, so it probably wouldn’t be capable of taking part in a track and field event at this point in time. However, even the discovery of the building blocks of life would give credence to the possibility that there must be more advanced forms of life on the millions of planets out there.

If there is other advanced life in the Universe, it’s entirely conceivable that one day there will be an Interplanetary Olympics. While we might think that an Interplanetary Olympics will never occur in the lifetime of most living on Earth today given our relatively limited space exploration so far, what if the other advanced life forms discover us first? 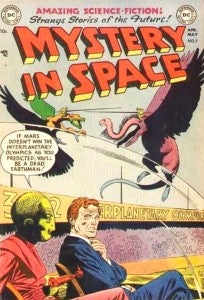 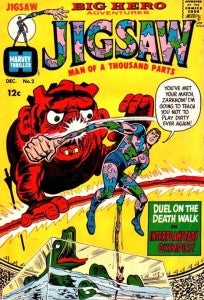 The Death Walk – Introduced in Jigsaw Man Of A Thousand Parts #2, the event called the Death Walk features two combatants armed with electric lances and nets who battle it out on a beam of solid light particles. Again there are serious consequences for losing, as the first to fall is vanquished.

Super Bowling, Obstacle Swimming Race, Blindfolded Javelin Toss – In Action Comics #304, Superman is invited to participate in a number of unusual events in the Interplanetary Olympics. In Super Bowling, the object is to try to knock down a grove of metal-wood trees with a huge boulder. In Obstacle Swimming Race, the goal is to try to swim across a tank stocked with underwater monstrosities. And in Blindfolded Javelin Toss, contestants throw a javelin while well…blindfolded. Hey, all the Interplanetary Olympic events can’t be winners.

Interplanetary Olympics: How Long Before They Really Happen?