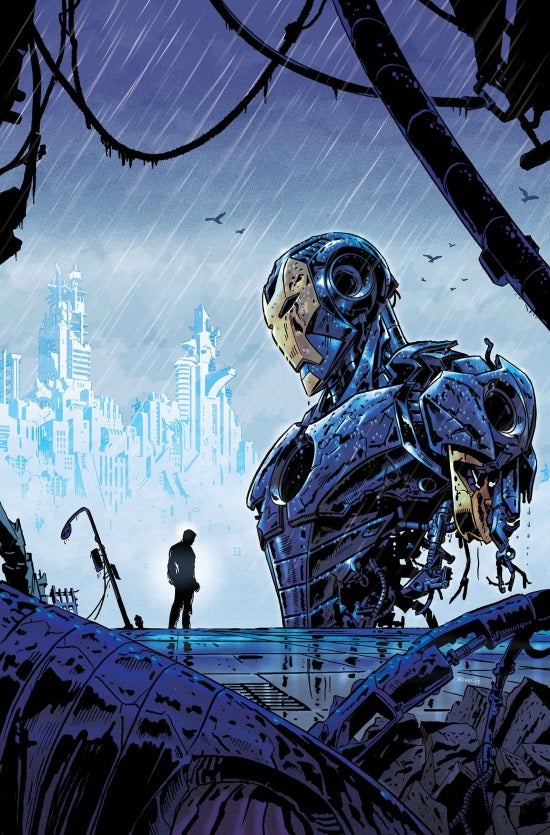 Marvel Comics has released a sneak peak at Iron Man #22, the big finale to the "Iron Metropolitan" stoy arc. The issue is written by Kieron Gillen with art from Joe Bennett and has Tony Stark going into battle against multiple villains as Mandarin City burns. Here's the official synopsis:

This February, Tony fights for his life as the blockbuster Iron Metropolitan arc reaches its world shaking conclusion in IRON MAN #22! Mandarin City is aflame. Troy is in ruins. Both brutally destroyed by wielders of the Mandarin Rings. As Tony does battle against The Exile, Red Peril and Lord Remaker, is there anyone left to help Tony in his hour of need? It's a showdown for the ages – and you'll never guess who comes out on top! Will Tony make the ultimate sacrifice to save the city? Can he? Plus, who is this mysterious threat hunting the Mandarin Rings from the shadows? Seeds sown here bear bitter fruit in the upcoming Rings of the Mandarin arc! You won't want to miss IRON MAN #22! IRON MAN #22 (JAN140767) Written by KIERON GILLEN Art by JOE BENNETT Cover by PAUL RIVOCHE FOC – 2/10/14, On-Sale – 3/05/14 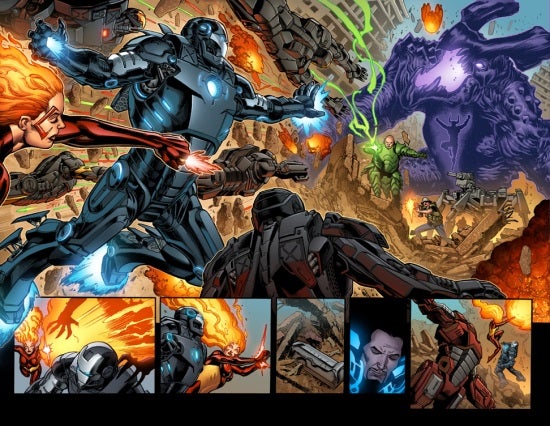 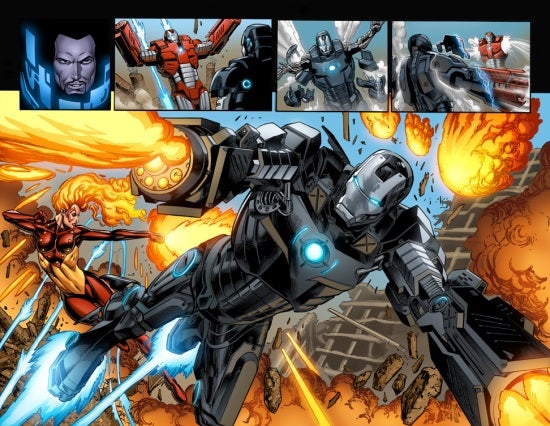