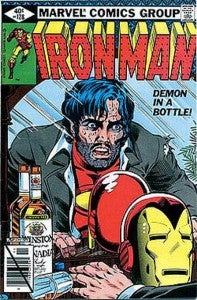 While the reports on possible plots for Iron Man 3 have ranged from an adaptation of Warren Ellis’ “Extremis” storyline to a Tom-Clancy thriller involving real world villains, we think there is evidence that another storyline could be in development.

Because Iron Man 3 filming has not started yet, no one outside of top Marvel executives, the star actors, and the director seem to have access to a script. However, we earlier speculated that several things we uncovered about the filming location pointed to the possibility of Prince Namor the Sub-Mariner playing a role in Iron Man 3.

5. Director Denied Demon In A Bottle Adaptation – So director Shane Black suggested that he wasn’t going to adapt “Demon In A Bottle” at the Long Beach Comic Con, and we list that as a hint that it’s really going to happen? Don’t you know that in Hollywood misdirection is the new name of the game when it comes to comic book movies? For example, remember when Variety confirmed with Dark Knight Rises director Christopher Nolan that Joseph Gordon-Levitt would be playing the Holiday Killer? Or remember the time when X-Men: First Class producer Bryan Singer told The Geek Files that there would not be a Wolverine cameo in X-Men: First Class?

4. Atlantis References In Previous Films – There have certainly been a lot of rumors and hints that Marvel Studios is looking to introduce Atlantis as part of their Marvel film world. Iron Man 2 contained a number of references to Atlantis, and rumors of Leviathan and some type of Atlantis connection have revolved around The Avengers. If Marvel is hinting about Atlantis, then Prince Namor the Sub-Mariner is likely on the horizon, and what better way to introduce him than in an adaptation of the “Demon In A Bottle” storyline. 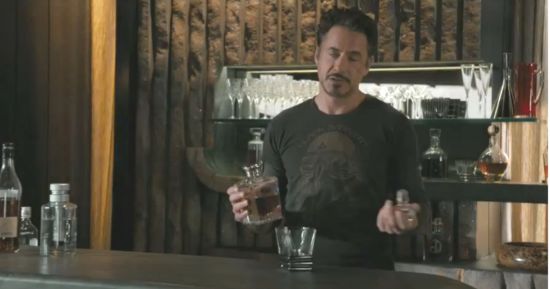 3. Tony Stark’s Drinking Problem Already Introduced – If Marvel Studios doesn’t plan on going down the path leading to Tony Stark’s battle with alcoholism, then why are they doing such a good job setting it up? Iron Man 2 showed Tony Stark drunk in the Iron Man armor, and a central scene from an Avengers trailer shows Tony Stark preparing himself a drink. Of course, some could argue that this is just part of showing Tony Stark’s billionaire playboy lifestyle, but how the drinking takes place is building up Tony Stark as more than just a social drinker. Showing Tony Stark drunk in the armor and having him calmly pour a drink while Loki threatens attack by his army really lays the groundwork that Tony Stark is an alcoholic.

2. Filming Location Matches Up With Storyline – Our sources have told us that virtually all of Iron Man 3 will film in and around Wilmington, North Carolina. While film tax credits played a big role in this decision, location is always a factor in filming. If a movie requires a lot of outdoor battle scenes taking place in a big city like The Avengers did, then there’s no way around doing extensive filming in a metropolitan city like Cleveland or New York. Wilmington, North Carolina is a coastal town with several islands off its coast and a battleship tourist attraction. Wilmington also has a state of the art production facility known for having one of the largest special effects water tanks in North America, If you look at the setting for the “Demon In A Bottle” storyline, much of it takes place at sea and on islands. The storyline even involves a battleship. If someone were planning to adapt “Demon In A Bottle,” then it’s hard to imagine a better filming location than Wilmington, North Carolina.

1. Robert Downey, Jr. Praised The Script - The biggest hint that “Demon In A Bottle” is in the works comes from Robert Downey, Jr. himself. Downey, Jr. has gone on record declaring Iron Man 3 to be the best script he’s read in five years. And while it’s normal for an actor to hype an upcoming movie, Downey, Jr.’s focus on the quality of the script is very telling. If Iron Man 3 was just standard superhero fair, then Downey, Jr. likely would have focused on boasting about the action sequences. His focus on the quality points to it being something a little different than just a superhero fights supervillain story.

Iron Man 3: Five Hints Demon In A Bottle Is A Go