Marvel Comics released a first look at next month's Invincible Iron Man #525, one of the final parts of Matt Fraction and Salvador Larroca's run on the series which will end when the series wraps to make way for Kieron Gillen and Greg Land's Marvel NOW! relaunch of the title. And they're doing so in grand fashion, pitting Iron Man against one of his greatest and most recognizable villains, the Iron Man 3 villain The Mandarin.

Marvel is proud to present your first look at Invincible Iron Man #525, brought to you by the Eisner Award Winning creative team of writer Matt Fraction and artist Salvador Larroca! Tony Stark is deep in the clutches of the Mandarin, being forced to build doomsday weapons against his will! And when his only hope is to aid his old enemy Ezekiel Stane, things begin to look even grimmer.  Can this unlikely duo bring an end to the Mandarin's mad schemes? Get ready to suit up inInvincible Iron Man #525, hitting comic shops everywhere, the Marvel Comics app, and Marvel Digital Comic Shop this September. INVINCIBLE IRON MAN #525 (JUL120579) Written by MATT FRACTION Pencils & Cover by SALVADOR LARROCA FOC – 9/3/2012, On Sale – 9/26/2012 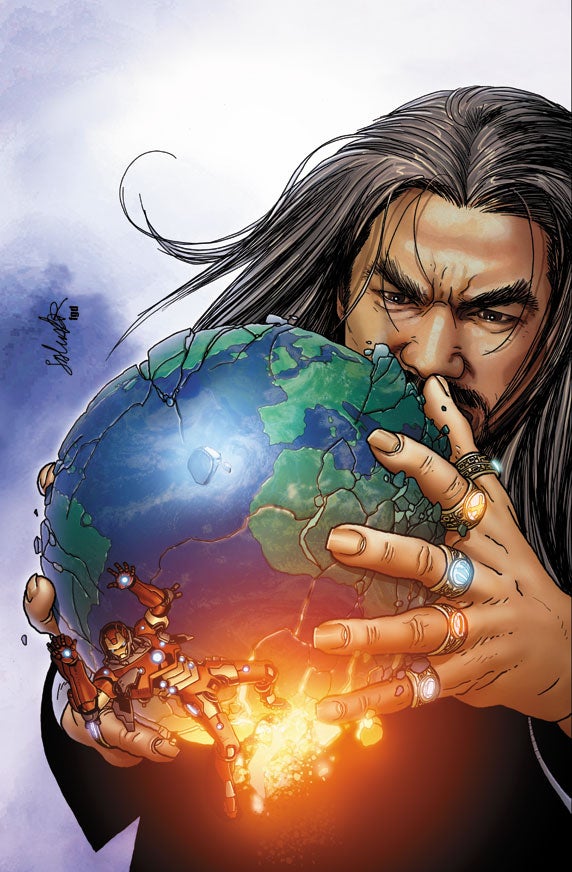 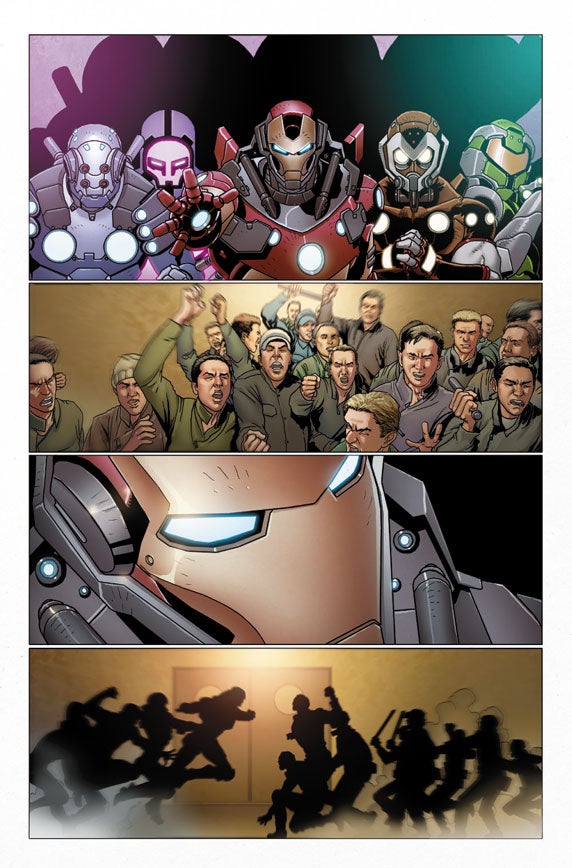 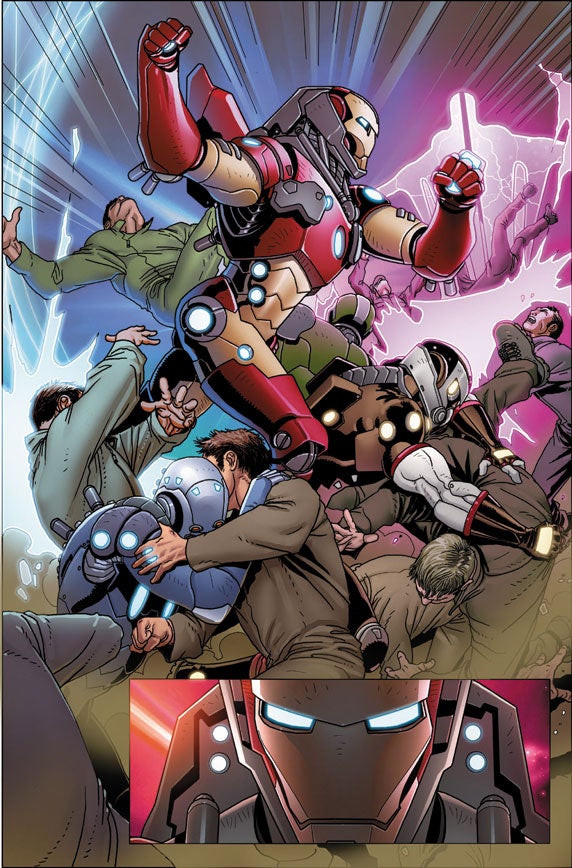 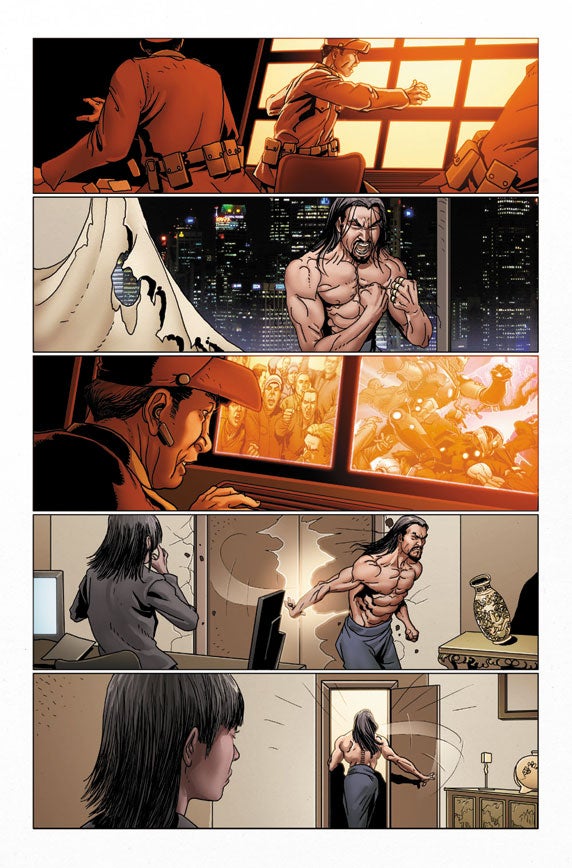 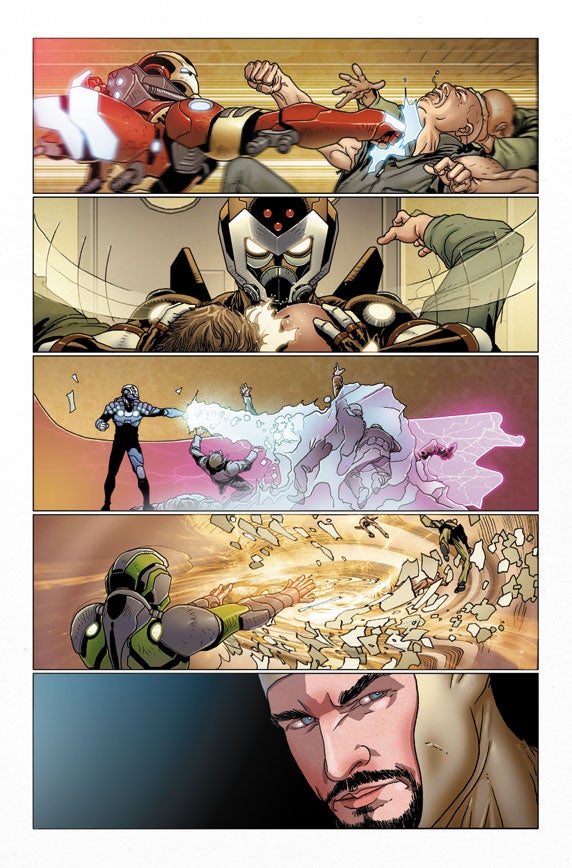 Iron Man Takes on The Mandarin in Marvel Preview Pages