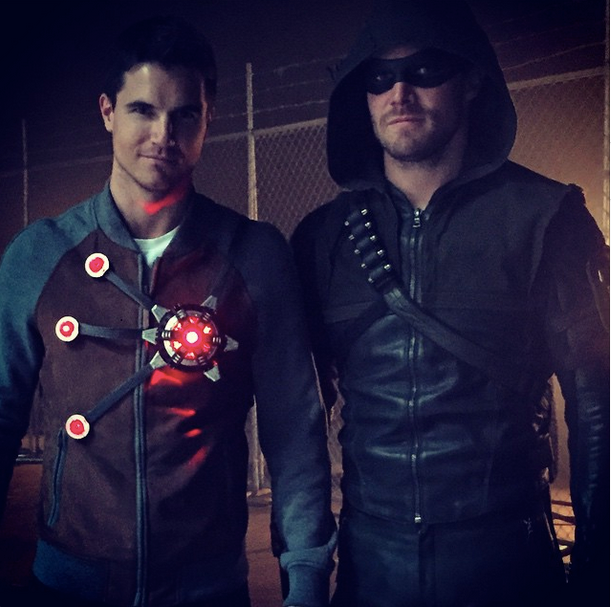 Is Arrow about to go nuclear?

Firestorm actor Robbie Amell would certainly like us to believe so, thanks to a new photo he just posted on Instagram. In the picture, Robbie poses as his Firestorm character from The Flash next Arrow in his full crime fighting attire.

Of course, Robbie and Arrow actor Stephen Amell are cousins in real-life as well as in the DC Comics crime fighting community. Why the Amell cousins would be together in their DC Comics gear could be anyone’s guess, but we’re thinking it isn't to go pay mom and pop a visit.

At the end of last night’s Flash episode, Professor Stein and Ronnie Raymond—who, when merged, create Firestorm—left Central City, saying that Stein had a colleague “elsewhere” who might have answers for their condition. Could that colleague be located in Starling? With no episodes of The Flash for another month, hopefully its big-brother series will have some answers.

Is Robbie Amell Teasing a Firestorm Appearance On Arrow?