Marvel solicits for January have been released bringing news of new series and cancellations. There's excitement (at least for me) for a new Ant-Man series by Nick Spencer and Ramon Rosanas and The Unbeatable Squirrel Girl #1 by Ryan North and Erica Henderson. However, there's also plenty of disappointment to go around as well. She-Hulk has been cancelled alongside All-New Ultimates and All-New X-Factor.

For my money, Charles Soule and Javier Pulido's She-Hulk has consistently been one of the best comics coming from the House of Ideas for the past year. It has been Soule's most entertaining and interesting work in one of the busiest schedules in all of comics. The New York lawyer understands the self-contained structure that makes courtroom stories so compelling and captured them in bite-size one to two issue tales. He used Jennifer Walter's unique role as a superhero attorney to explore a wide variety of intriguing corners in the Marvel universe, crafting small dramas with unique characters, odd problems, and even odder solutions. Throughout it all there was always a sense of joy and humor that could leave readers with smiles wider than Jen's. 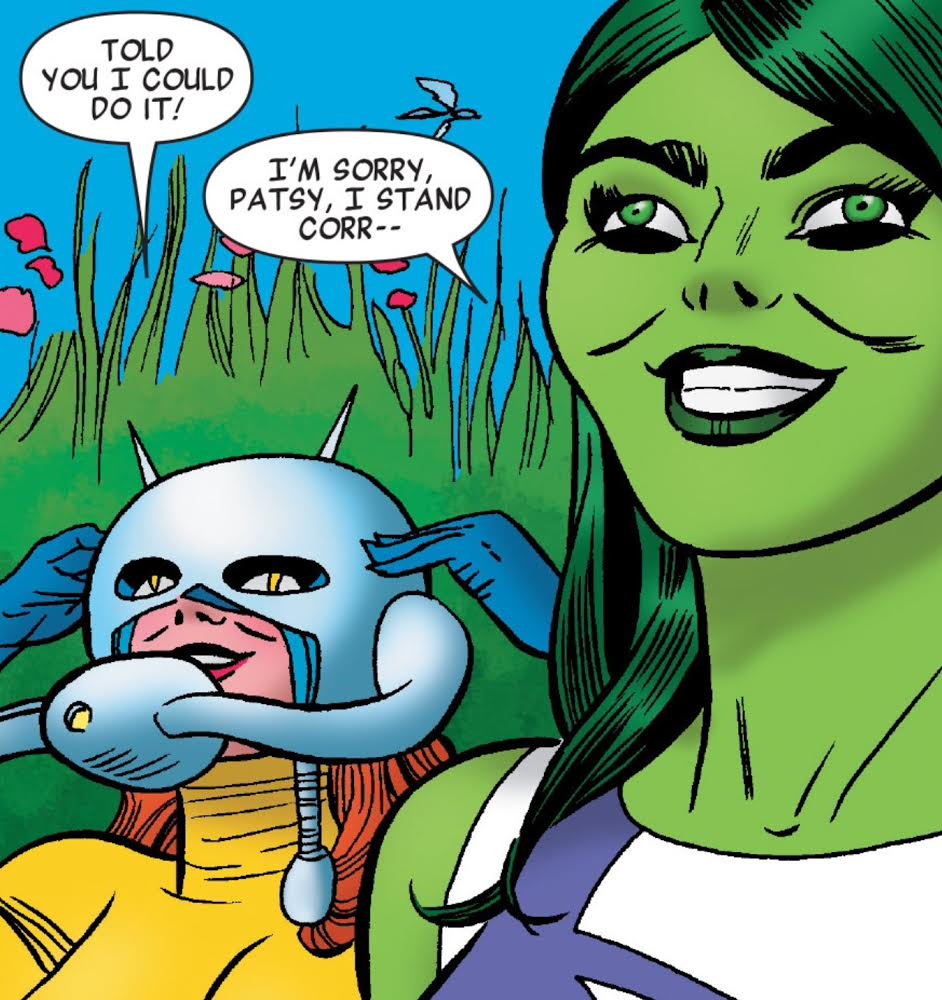 Javier Pulido was introduced to many new readers in his first American work since the "Brand New Day" phase of Amazing Spider-Man. Pulido's sense of design and layout are almost peerless. In the very first issue of the series, he composed pages to emphasize the length of hallways and long elevator rides that separated She-Hulk from her goal. While completely eschewing standard panel layouts, he still managed to create a sense of flow that was natural and intuitive. That creative approach to page design has been present in every issue of She-Hulk he has drawn. His emphasis on emotion and shape have cultivated a style that is completely unique amongst the Marvel line, telling more of the story in images than words could hope to convey. 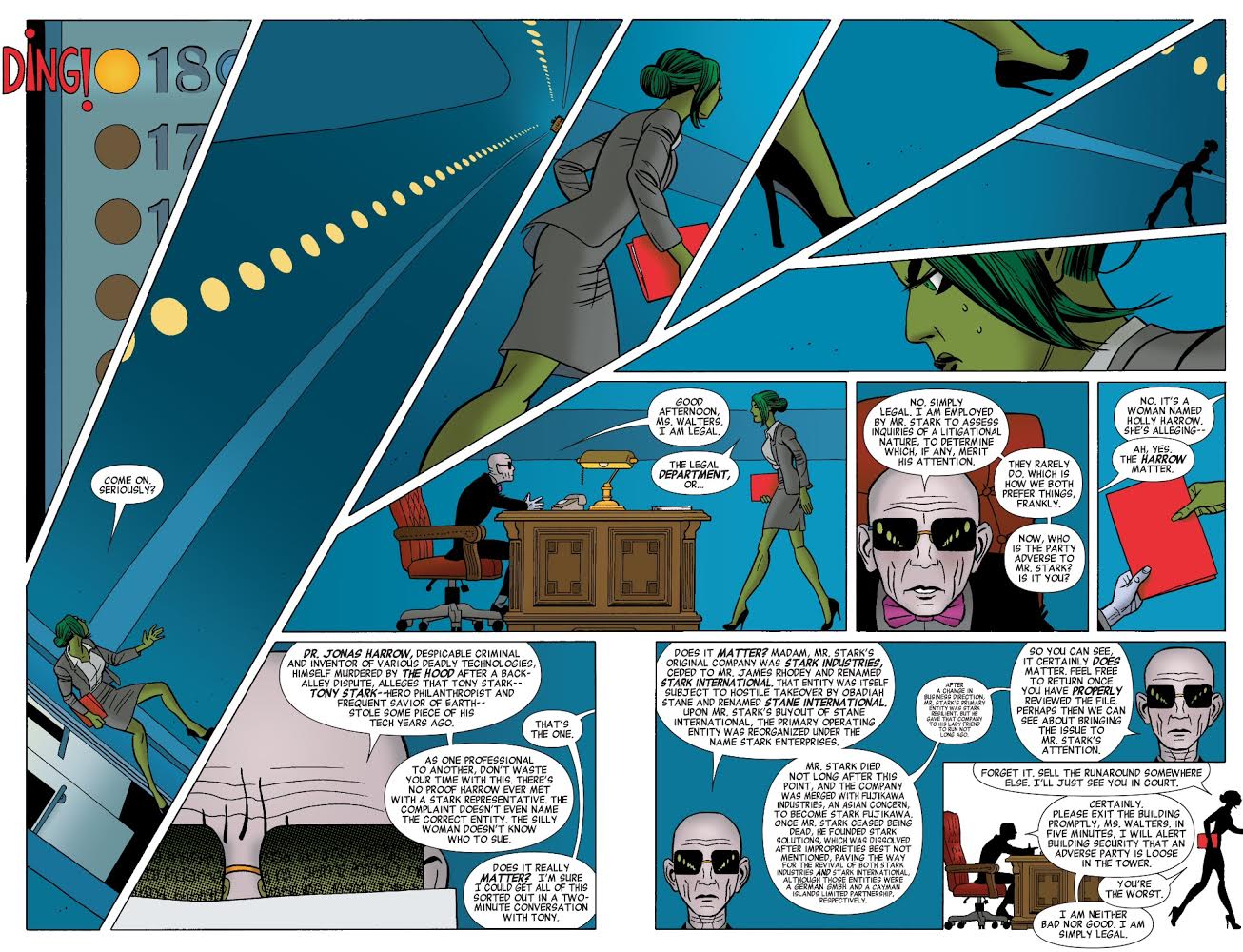 Unfortunately, the series has failed to strike a chord with superhero fans. Atypical art, the courtroom style drama, a lack of marketing… Whatever the reason, She-Hulk never managed to discover a large enough audience despite the talent brought to bear on each and every issue of the series. It's all the more saddening because the series read as if it was just beginning to hit its stride, preparing for a long run. Jennifer Walter had established a new law firm, assembled a fascinating team of co-workers, and was preparing to take whatever new cases the world might throw her way.

There are reasons to not fall too deep into despair though. The solicit for She-Hulk #12 mentions that "when one door closes, another one opens, and Jen finds herself face to face with her most important case yet." This certainly wouldn't be the first time that Marvel has cancelled a low-selling series in order to continue it with the sales bump from a new number one. The same strategy managed to secure ten more issues for Dennis Hopeless and Kev Walker's Avengers Arena in the form of Avengers Undercover.

It's also clear that Marvel is not giving up on titles headlined by the women of their universe. Although She-Hulk is gone in January, Spider-Gwen, The Unbeatable Squirrel Girl, Gamora, and Silk are all debuting over the first few months of 2015. Those four, along with the continuation of Storm, X-Men, Thor, Captain Marvel, Black Widow, Elektra, and Ms. Marvel makes for an ever-expanding collection of titles focusing on women. 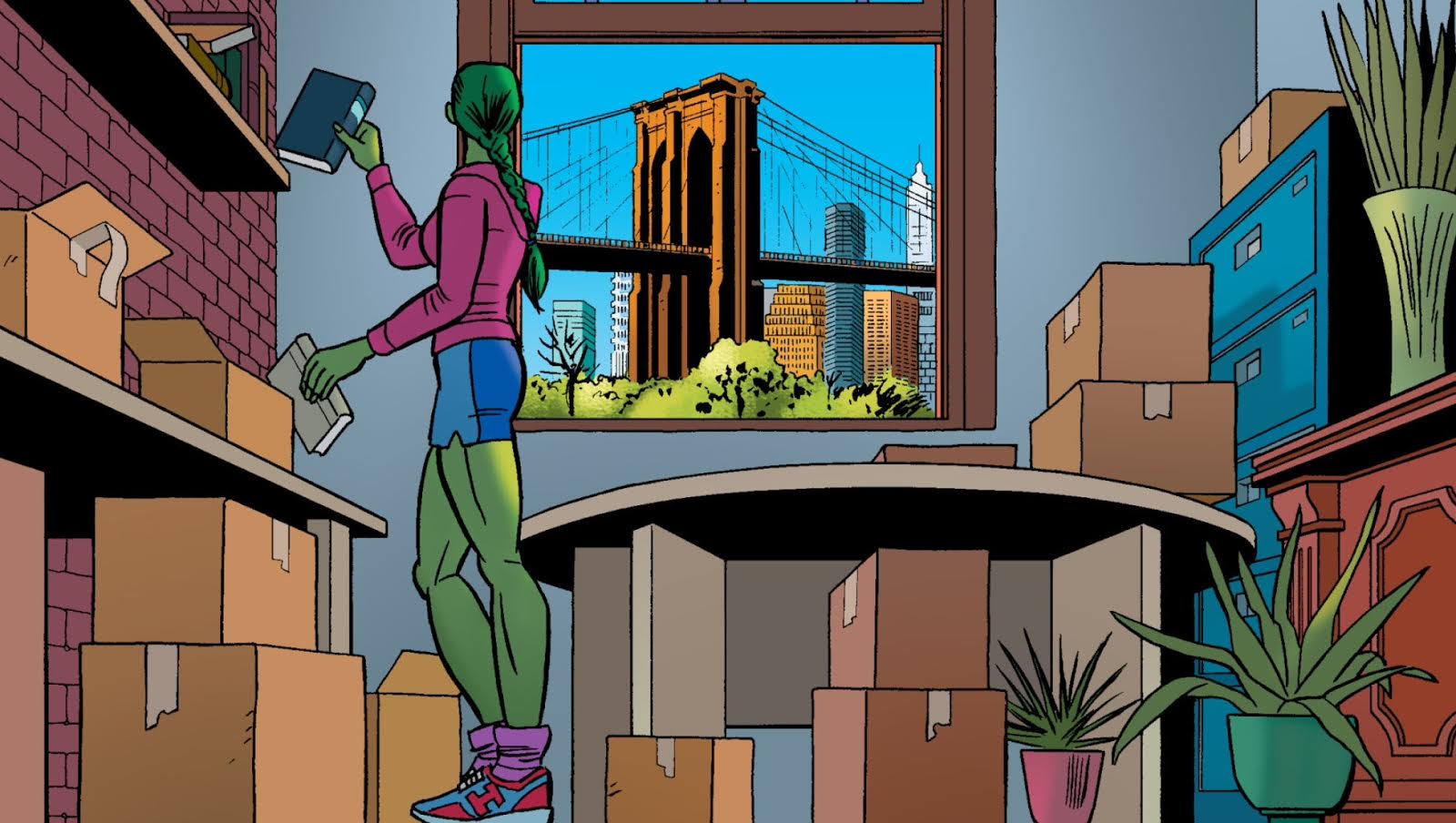 Shulkie appears to be without a title for now, but in an era of superhero comics defined by relaunches, reboots, and all-new beginnings, there's little doubt that the jade giantess won't stay out of the spotlight for long. We can only hope that her next series will be half as good as this one.

And in the meanwhile, we can all be excited to share the inevitable over-sized trade paperback with everyone who didn't read this great, but all too short, series.

It's Not Easy Being Green: She-Hulk Cancelled