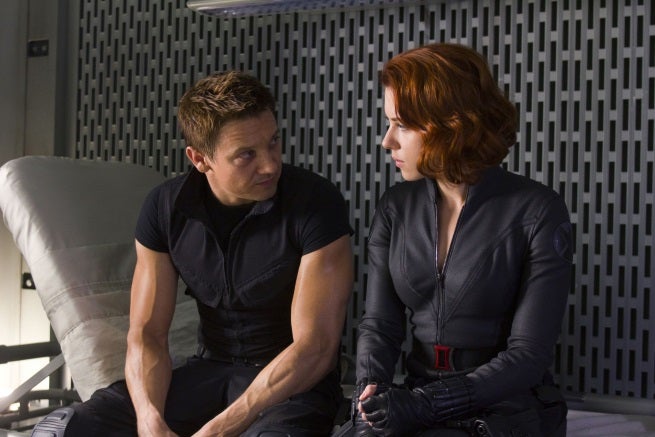 In what is likely the creepiest thing you will see all day, Avengers star Jeremy Renner has released a image, via his Jeremy Renner on WhoSay account, that shows what a child of his character, Hawkeye, and Scarlett Johansson’s Black Widow might look like.

Presumably born in the Uncanny Valley, Hawkeye and Black Widow’s would be son (I think?) has his (?) father’s body, and a face that seems to be a composite of Renner and Johansson’s.

Still no word on why, exactly, this exists, but if you ever wondered what Renner and Johannsson’s disturbing, computer generated, unwanted lovechild would look like…here you go.

Hawkeye and Black Widow will appear in Avengers: Age of Ultron, opening May 1, 2015.

Jeremy Renner Teases If Hawkeye And Black Widow Had A Baby