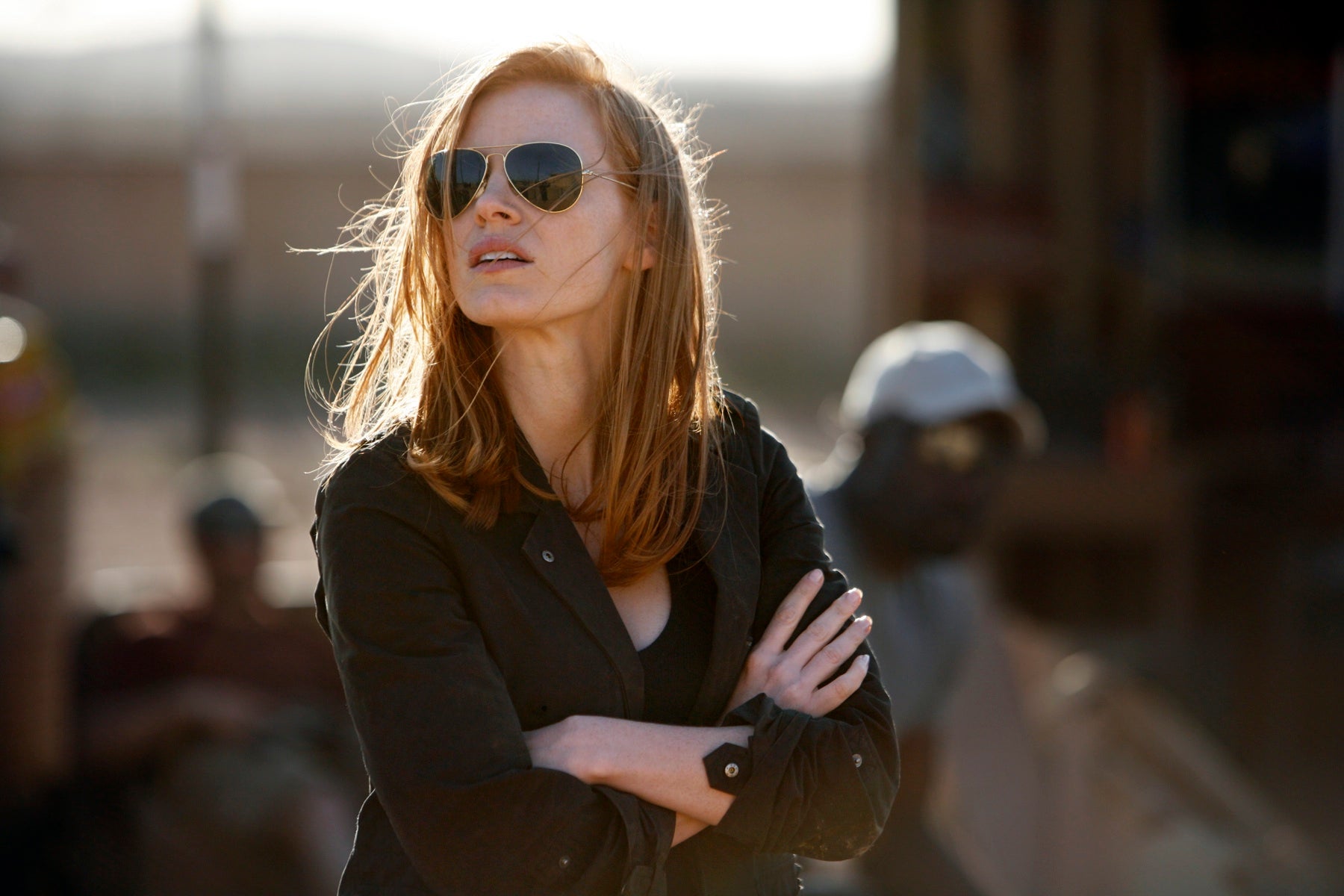 When it comes to Marvel Comics films, Jessica Chastain is a flirt.

In an interview with MTVNews, the Interstellar actress teased a possible interest in 2018's Captain Marvel film as the titular character. Backing up rumors that Carol Danvers would appear as a non-powered civilian in Avengers: Age of Ultron, Chastain mentioned an offer from Marvel Studios that would require her to play a pedestrian version of a character first, before suiting up for said character's marquee alter ego in another film.

"I don't want to say too much – but there was one thing, there was a possibility in the future of the character becoming…," Chastain hinted. "And I was like, 'I understand that, but I want to do it now."

When MTV pursued the anecdote, asking if the conversation was in reference to a Captain Marvel role, Chastain became a little defensive, saying, "Listen, that's 2018. We don't know where we'll be, maybe I'll give up acting by then."

Like MTV noted, it's almost a little too funny for Chastain to off-handedly know Captain Marvel's release date, especially since Marvel revealed it just six days ago.

This isn't the first time that Chastain has played with fandom's hopes. She was originally slated to play Extremis inventor Maya Hansen in Iron Man 3, but couldn't due to a scheduling conflict. But Marvel was never far from her mind. Afterward, she told the press that she wanted another chance to star in a Marvel movie, and recently called out Marvel for not making a Black Widow solo film.

If Chastain's encounter with Marvel Studios actually yields fruit this time, it would please many a fan. When Marvel announced the Captain Marvel film last week, Chastain's name appeared on many casting wish lists—including Comicbook.com's.

Chainsaw Man: Nayuta Is More Like Makima Than We Thought