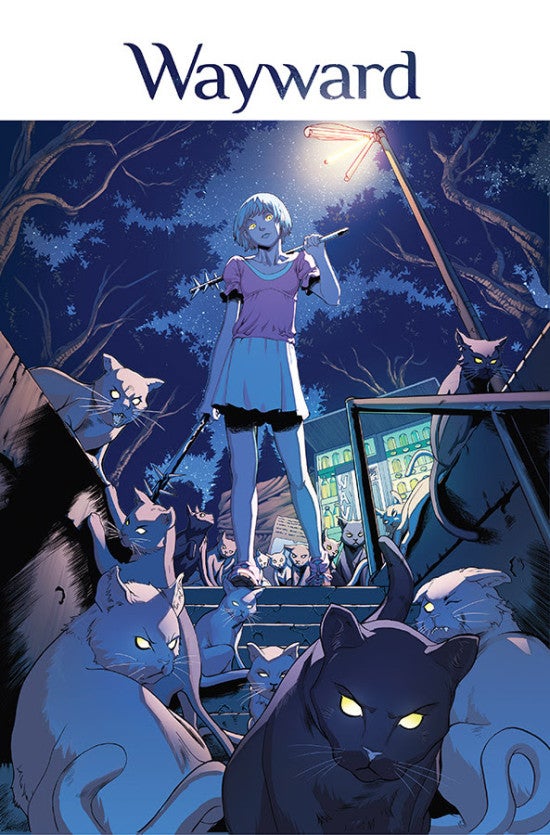 writer Jim Zub teams up with penciler Steve Cummings and color artist John Rauch to create what the publisher is calling "a Buffy the Vampire Slayer for a new generation" in Wayward, coming from Image Comics in August. Rori Lane is an outsider by nature, but moving to Tokyo to live with her single Mom has only exacerbated her weirdness. She's feeling out of sorts, worried about fitting in and, as if that wasn't enough, strange things are beginning to happen. Glowing symbols and patterns are starting to appear before her eyes… and she's the only one who seems to notice. "Wayward is a coming-of-age story filled with mystery and emotion. It's also an ass-kicking joy ride with teenagers beating the hell out of Japanese mythological monsters," said Zub. "Steve and I built this series from the ground up to play to both our strengths. I can't wait for people to see what we have planned." In Wayward, a group of teens living in Tokyo find a common bond in manifesting strange, supernatural abilities. As they begin to unravel the mystery behind their powers and their common source they're drawn into a war with the vestiges of Japan's monstrous mythic past. Wayward #1 arrives in stores on 8/27, and will be available for $3.50 with special variant covers by Alina Urusov, Jeff "Chamba" Cruz, and Adam Warren.