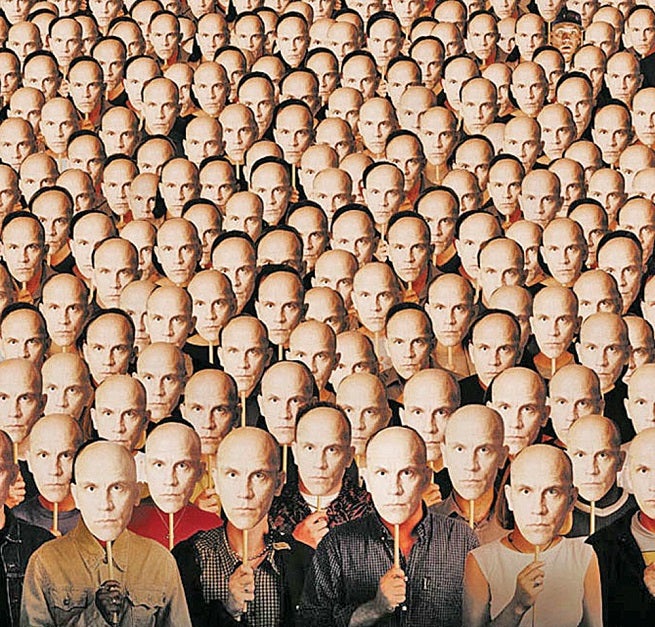 John Malkovich, Academy Award-nominated actor and one of the stars of the Warren Ellis/Cully Hamner adaptation RED, has stepped into the shoes of Jack Nicholson's Joker from the 1989 Batman movie as part of a new photo series.

You can see a full rundown at the Catherine Edelman Gallery's website, but the gist is that Miller chose more than 30 of his favorite and most influential portraits and reproduced them with Malkovich in the place of the subject. The Malkovich, Malkovich, Malkovich title is a play on a sequence in Being John Malkovich in which...aw, hell, it's better to watch...

...so, yeah. Not Malkovich's first time being everybody. This time is actually way less creepy, even if he is standing in for nude or semi-nude photos of John Lennon and Marilyn Monroe.

The exihibit will run from November 7 to January 31 at the Edelman Gallery. You can see more of Miller's work here.

John Malkovich is The Joker? Well, And Everybody Else.