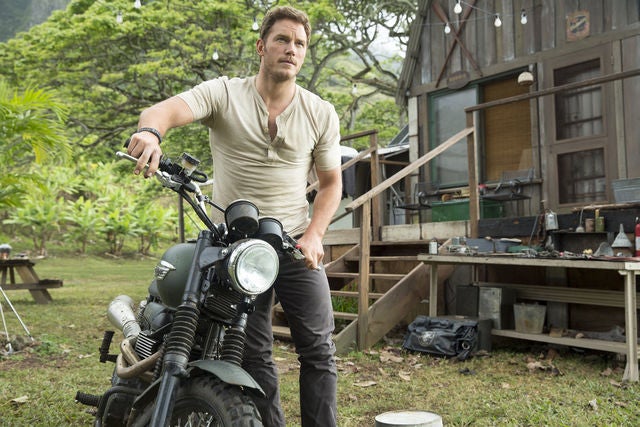 Today sent correspondent Jenna Busch Hager to visit the New Orleans set of Jurassic World. There, she spoke with stars Chris Pratt and Bryce Dallas Howard about the film's plot and what the series means to them.

She also brought up Chris Pratt's impressive abs, which he developed while getting into shape for his role as Star-Lord in Guardians of the Galaxy. When asked if those abs would help him save the day, Pratt jokingly replied, "Obviously! I'm like, 'Quick! Drop and do twenty crunches. That'll protect us.'"

Jurassic World will return to Isla Nublar decades after the events of Jurassic Park. A fully operational theme park is running on the island, but disaster strikes when a new hybrid species of dinosaur gets loose.

Jurassic World is currently filming and will come to theaters June 12, 2015.