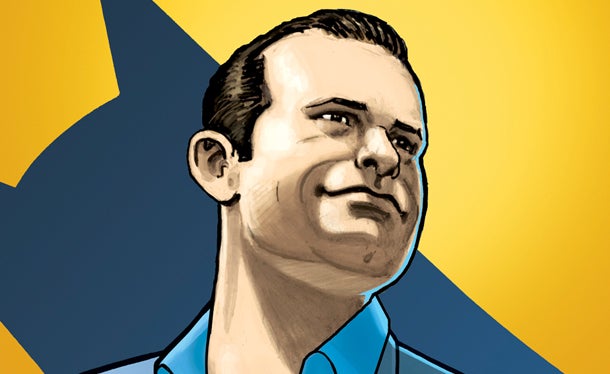 Bill Finger, the uncredited co-creator of Batman, will have celebrated his one hundredth birthday on February 8 of this year, and in recognition of Finger's contribution to popular culture, a number of comics-industry notables are petitioning Google to recognize the occasion with a Google Doodle.

Besides being Finger's 100th birthday, 2014 is the 75th anniversary of Batman's first appearance in comics.

The push originated with Marc Tyler Nobleman, the writer of Boys of Steel (about Superman co-creators Jerry Siegel and Joe Shuster) and Bill the Boy Wonder: The Secret Co-Creator of Batman. After he took to Twitter to encourage fans to contact Google, a number of other comics-industry figures have done the same:

Via @TheGhostSix "a movement to get Bill Finger a @GoogleDoodles on his 100th BDay https://t.co/S43W3RmBbN" YES! Email: proposals@google.com — KevinSmith (@ThatKevinSmith) January 9, 2014

There are plenty more where that came from. Nobleman has been trying to get Warner Bros. and DC Entertainment to credit Bill Finger as the co-creator of Batman for quite some time; during Kane's life, he resisted that, but after Finger died he admitted that he should have helped his collaborator get credit. "Now that my long-time friend and collaborator is gone, I must admit that Bill never received the fame and recognition he deserved. He was an unsung hero," Kane said later in life. "I often tell my wife, if I could go back fifteen years, before he died, I would like to say 'I'll put your name on it now. You deserve it.'" Nobleman encourages fans who wish to pay tribute to Finger to show their support by emailing proposals@google.com.