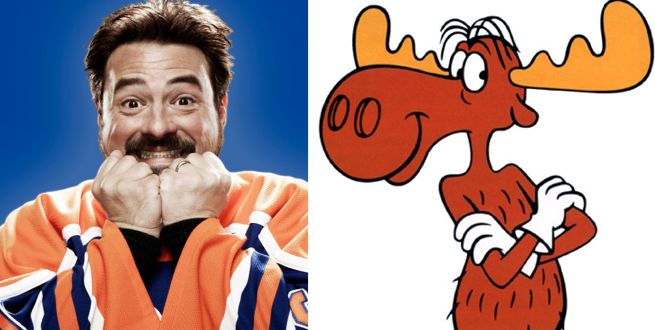 During most of his career Kevin Smith has been best known for his comedy movies like Clerks, but Smith is now changing directions to focus on horror movies. Smith's first new horror movie Tusk is scheduled to have its world premiere at the Toronto International Film Festival.

After Tusk, Smith is working on a film called Yoga Hosers. During a panel at San Diego Comic-Con International, Smith reveals some story details on Yoga Hosers, as well as a third horror movie he is planning called Moose Jaws.

Smith explained, "I'm in this very specific horror mode right now…where I'm into making these weird little horror movies. Like Tusk is the first in what's becoming a trilogy of horror movies, the True North trilogy."

According to Smith, Yoga Hosers will be about two girls that go on an adventure and fight supernatural powers. Smith wouldn't reveal what the supernatural powers were, but he said, "They'll probably run me out of the country for it."

In regards to Moose Jaws, Smith said, "That's just Jaws with a moose. And it's awesome. There's a scene where the moose's eat, I'm halfway through the script, there's a scene where a moose is eating like a nine year old kid right out of the lake and stuff."