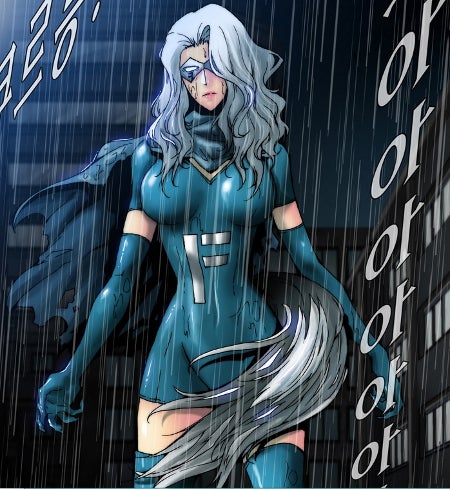 Korean superhero character White Fox will join the Avengers, and become part of the mainstream Marvel Universe, Marvel SVP C. B. Cebulski announced at the DICON conference in Seoul today (via ICv2).

White Fox was created by Korean artist Young hoon Ko, and is based on the Korean myth of the nine-tailed fox. She has been appearing in Avengers Electric Rain, Marvel and Ko’s Korean webtoon. The character was conceived of by Ko, who then brought it to Marvel. Marvel made some minor tweaks before agreeing to include the character in the webtoon series. The popularity and positive reception the story and the character have received in Korea led Marvel to decide to include White Fox in the mainstream Marvel Universe’s Avengers. The ninth episode of Avengers Electric Rain will reveal White Fox’s origin.

The series, now with six episodes under its belt, is Marvel’s first experimentation with the webtoon format, which tells stories in a vertically scrolling format via a web page or app. The format has boomed in Korea, surpassing traditional print comics in popularity, and being sourced for increasingly popular films.

Transformers: Rise of the Beasts Will Reveal Optimus Prime's Connection to Earth

My Hero Academia Cosplay Stands Tall With Fem All Might