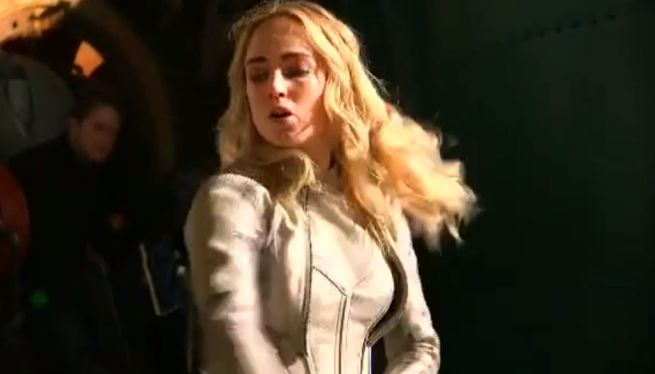 In DC's Legends of Tomorrow, the DC Universe will expand, but a couple of characters will simply return from the dead or apparently-dead.

One of those is Sara Lance, who was Canary on the second season of Arrow. Her murder in the Season Three premiere last fall set the stage for the season that ended last night.

So...how did she come back?

The Lazarus Pit, it seems -- which should open some doors for stories about what the Pit does to a person who's been dead for as long as Sara has prior to returning.

The trailer for DC's Legends of Tomorrow was screened at The CW's upfront presentation today and, according to Entertainment Weekly, a Lazarus Pit was present, leading those who saw the trailer to believe that was how Sara returns from the dead to become the White Canary.

Bringing dead characters back and slipping them into an all-white version of their old costume isn't new for DC Comics; following the events of Blackest Night, a number of  resurrected heroes and villains returned as "White Lanterns" using such a look.

Legends of Tomorrow: How Did Arrow's Canary Come Back?