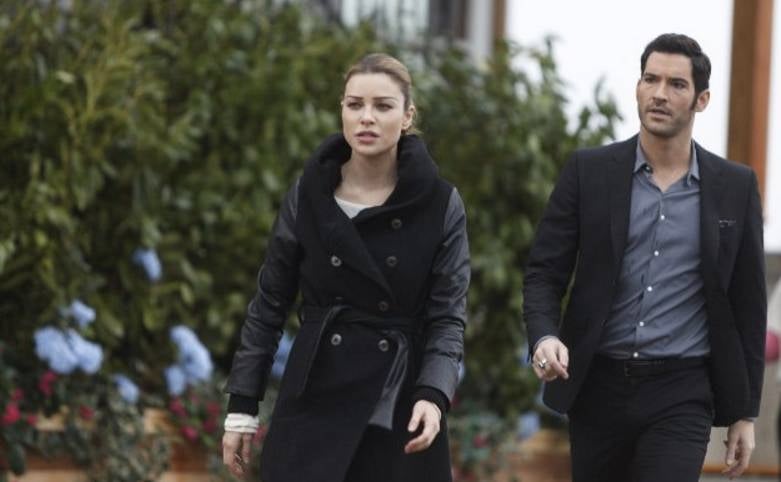 At the beginning of episode three, we see Lucifer (Tom Ellis) apparently encouraging a young woman to leap off a building – but really, she's simply jumping into the pool at a swanky party. Then, he talks to the party's host, star quarterback Ty, who (much to Lucifer's surprise) is a virgin. He encourages Ty to pursue a young woman, with whom he does eventually spends the night.

In the morning, Chloe (Lauren German) is at home researching hypnotism, trying to find the source of Lucifer's abilities, when she gets a call from the Devil himself. After Ty awoke in the morning, he found the woman from the party dead and floating in his pool. Chloe uses her detective skills to determine who the girl – an actress, named Ali – and Lucifer finds her cell phone. When Chloe finds a freshly filmed sex tape of Ty and Ali, she immediately arrests the celebrity quarterback.

After trying to convince Chloe that Ty is innocent, Lucifer returns to the bar and talks to Mazikeen (Lesley-Ann Brandt) – who explains (for the second time this episode) that there is apparently some guy parading around Los Angeles pretending to be Lucifer Morningstar. Lucifer takes this news to Linda (Rachael Harris), his psychiatrist, and she helps him to realize that his anger stems from the fact that he needs to punish the guilty. He needs to figure out who killed Ali.

Lucifer and Chloe then meet with Joe, Ty's agent, who spoke to Ali on the phone shortly before he died. After Lucifer uses his mesmerizing trick, they learn that Ty has an obsessive ex-girlfriend, whom he had to file a restraining order against. Logically, they go to speak with the girl next, waiting for her to emerge from a yoga lesson. The ex emerges and doesn't want to talk to them, but just before she reaches her car, it explodes. 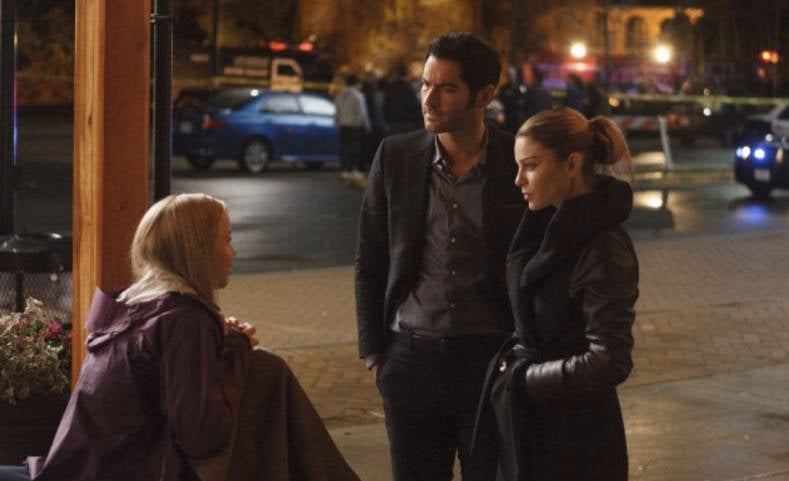 They question Ty's ex, who admits to being at his party but firmly denies being involved in the murder. She quickly gets off the hook entirely, when they check some video footage from a frozen yoghurt shop, which places the poor girl eating there all night long. They next turn their attention to a famed Hollywood "fixer," Ronnie Hillman, who may have blown up the car, thanks to a tip from Chloe's husband, Dan (Kevin Alejandro).

Ronnie is savvy with cops, so they devise a plan. Lucifer will meet with her, and once he has her in his good graces, he will ask that she help out his friend, Dan, which is when they will arrest her. However, once he meets with her, she quickly offers to solve his problem: She can snag the Lucifer Morningstar imposter. Lucifer thinks this a better plan, and against Chloe's wishes, takes up Ronnie on the offer.

Next up, we see Lucifer, Mazikeen, and Ronnie in a room with the imposter – or the Would-Be Prince of Darkness – with a bag over his head. Lucifer removes it and taunts the man, who is pathetically attempting a British accent. Eventually, just before Lucifer is about "to destroy him," he realizes that he's overreacting and frees the man. Then, Chloe and Dan enter to arrest the Hollywood fixer. Ronnie says that Joe – Ty's agent – hired her, claiming that the ex-girlfriend killed Ali.

Joe is in the middle of a big re-branding meeting with Ty when Lucifer and Chloe arrive. They are able to trick him into admitting that he was at the party, placing him at the scene, and enabling them to arrest him. Suddenly, Lucifer grabs Joe and hurls him through the window with inhuman strength, which he calls "focusing my anger where it belongs," before he pulls himself together again.

At the episode's end, Lucifer visits Linda again for a special visit. She proposes that a lot of people come to Los Angeles to re-invent themselves, and perhaps he is doing just that. Maybe, he is starting to enjoy seeking justice for the innocent.

PlayStation Plus Subscribers Growing Frustrated by Lack of Retro Games