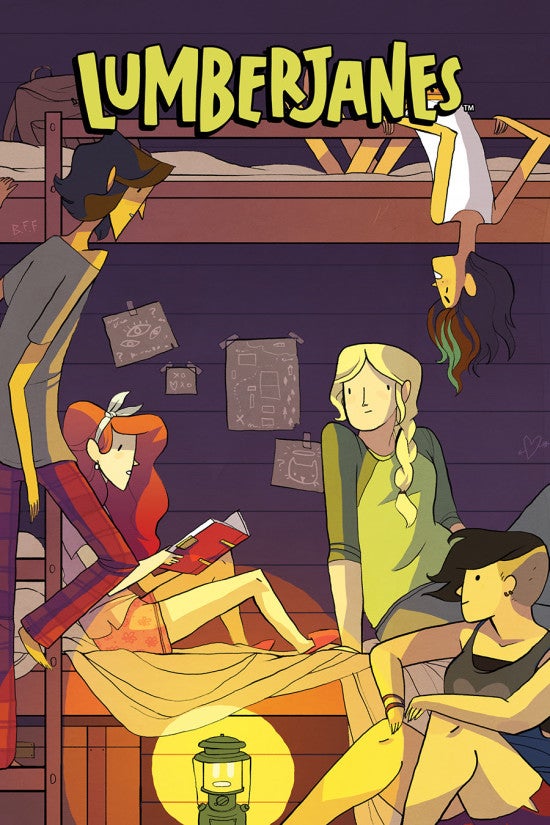 , one of the most acclaimed new series of 2014, will make the jump from miniseries to an ongoing format, Boom! Studios announced today. Written by fan-favorite Noelle Stevenson and Grace Ellis, co-created by BOOM! Studios editor Shannon Watters, with art from Brooke Allen, Lumberjanes was originally slated to run for eight issues but has essentially been "promoted" due to overwhelming praise from critics and fans alike. This is rare, but not unheard-of. BOOM!'s Supurbia and Top Cow's Artifacts enjoyed the same kind of promotions early in their runs. 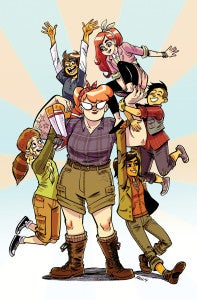 Lumberjanes is described as "Buffy the Vampire Slayer meets Gravity Falls, featuring five rad, butt-kicking teenage girls who go to summer camp, fight monsters, and discover a mystery that puts the whole world at stake, all while championing the power of 'friendship to the max!'" "Seeing the reaction to this series is exactly why we do what we do here at BOOM!," said BOOM! Studios Editor-in-Chief Matt Gagnon. "There's been an outpouring of love and support for Lumberjanes, and much of that has come from fans who are picking up a comic for the first time in a while, if not for the first time ever. Noelle, Grace, Brooke, and Shannon have built an incredible comic book series that anybody can enjoy. 'Friendship to the max' sums it up perfectly." The first two issues of Lumberjanes have already been released. Lumberjanes #3 arrives in comic shops on June 11th with a cover price of $3.99 under Diamond order code APR140998. The main cover is illustrated by Noelle Stevenson, with an incentive cover available in a limited quantity by Faith Erin Hicks.