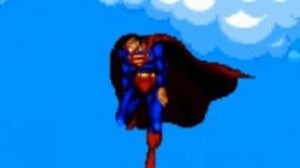 is a fan film was uploaded to Dorkly on Tuesday of last week. Like so many such videos, it had been around for a few days before it broke big and has started showing up everywhere on social media today. Think of it as a nice companion to the S.H.I.E.L.D. webisode that also went live last week and took most of us until Friday to finally see. It's a brilliant little parody, using graphics from one of the many reviled old Superman console games and one of the most familiar tropes of Superman storytelling to create a bizarre and hilarious little piece of superhero sketch comedy reminiscent of Robot Chicken. But, you know. With Nintendo games rather than toys. Check it out below!

Man of Steel Can't Catch a Break in New Parody