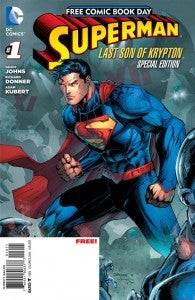 When DC Comics recently announced that their Free Comic Book Day offering would be Superman-themed to tie in with the release of Man of Steel the next month, nobody much was surprised.

What was arguably more vexing was the idea that while the book will include a sneak peek at Man of Steel #1 by Scott Snyder and Jim Lee, the main feature will be a reprint from the Geoff Johns/Richard Donner/Adam Kubert Superman: Last Son of Krypton graphic novel.

Given that the Johns/Donner stories are no longer canonical in the New 52, and that the costume doesn't resemble the Man of Steel outfit as much as it does the classic Superman: The Movie duds, it's a bit hard to understand that motivation, unless there was something in there that DC or Warner Bros. thought would resonate with fans of the movie.

While General Zod and his forces are the film's central antagonists, we wondered what else might be connected back to the Johns/Donner story, which was written around the time of Superman Returns and featured many echoes of that critically-panned film, including a falling Daily Planet globe and a "son of Superman" subplot.

Arguably, the most interesting aspect of using that particular story for promotional purposes and/or story inspiration is the involvement of Superman: The Movie director Richard Donner, whose influence was felt very strongly in Superman Returns but who hasn't even been mentioned with regard to Man of Steel. Donner's relationship with Warner Bros. over the years has been spotty at best, having been forced off Superman II and replaced with another filmmaker, only to have Superman II: The Richard Donner Cut later released on DVD and Blu-ray and gain favor with viewers and seemingly Warner Bros. as the "preferred version of the movie.

Donner's Americana, whitebread version of Superman also doesn't seem to resonate with the way superhero movies are made anymore, and has been cited as one of the major problems with the Bryan Singer-directed Superman Returns.

Skipping through the story, though, what did we see that seem like something we might encounter in the film? 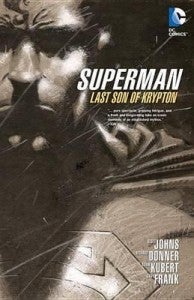 A Warner Bros. insider has reportedly confirmed to licensing partners that the film will include something called the "Black Zone," which seems suspicious when you consider that Superman II's "Phantom Zone criminals," returning as the villains in Man of Steel, are often associated with an individual, movement or military group called Black Zero. This one's virtually a lock, and the way Johns and Donner reinvented how things operate in the Phantom Zone could set up a much more compelling film than any previous iteration of the Phantom Zone offered.

The remnants of a shattered prison, where Zod and his fellows planned and executed their escape, seem a likely carryover, if only to explain how someone could manage to escape the "perfect" isolation of the Phantom Zone. One has to wonder, though, if Superman might end up there briefly, as he did in the story--and if he does, might he encounter a version of Mon-El/Valor?

While Superman II featured Zod, Ursa and Non effectively taking over the world for a short time, it was more through bullying than an actual declaration of war. The military was a negligible presence in the conflict for the most part, with Superman doing most of the heavy lifting. That was alright, of course, because there were only three of them, meaning that Superman could establish a strategic advantage and believably take them out. 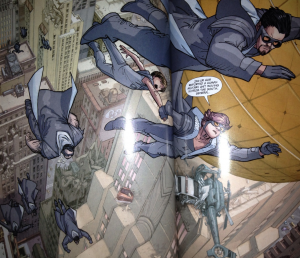 In the Johns/Donner comics, Zod brought an army back with him and Superman was forced to recruit from the very people who hated and feared him, including the U.S. military.

The Lego set that hinted at Black Zero's presence has long stuck in the back of my head, begging the question: which version of Black Zero would be involved in a film like this? It seems likely that Black Zero will here refer to the extremists within Krypton's military that Zod rallied to his cause. He could, therefore, have more than three people in the Phantom Zone with him that might come back and be found blasting through the air on Earth.

In fact, if we had to guess, The Phantom Zone will likely not always be called "The Black Zone," but rather be something Zod and his followers rename after taking control of the prison dimension. 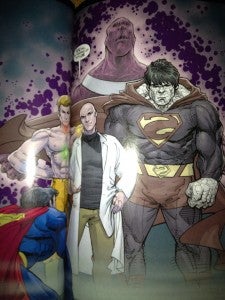 ...Or whatever you want to call them.

In the comics, Lex Luthor had a group of metahumans assembled for the specific purpose of hunting Kryptonians. The team, which Superman briefly joined, consisted of Parasite, Metallo and Bizarro, as well as Luthor himself.

While it's unlikely we'll get Bizarro or even Parasite in the first installment, rumors of a Metallo cameo have been abundant, and it's possible we'll see a version of that character, along with a handful of military types with specialized weaponry, filling this spot, with or without Lex's help (or, as is probably most likely, with the help of a brilliant behind-the-scenes man who later turns out to be Lex).

This one's a no-brainer, really. the robes on the Kryptonians feel more reminiscent of Kubert's designs than any other artist whose version of Krypton is clear in our mind. As does the bearded, soulful Jor-El. 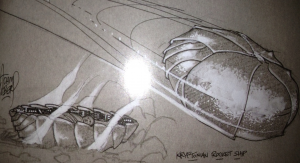 The techno-organic look to the Kryptonian ships may skew more "organic" in the comics and more "techno" in the film, but overall they seem familiar.

When they first attack, there's even a brief glimpse of Superman and Zod watching them crash into the city of Metropolis, streaking across the sky like comets and pelting the landscape; that's not unlike what we saw in the trailer, which many people mistook as the destruction of Krypton.

Man of Steel: What Can We Guess From the Free Comic Book Day Offering?