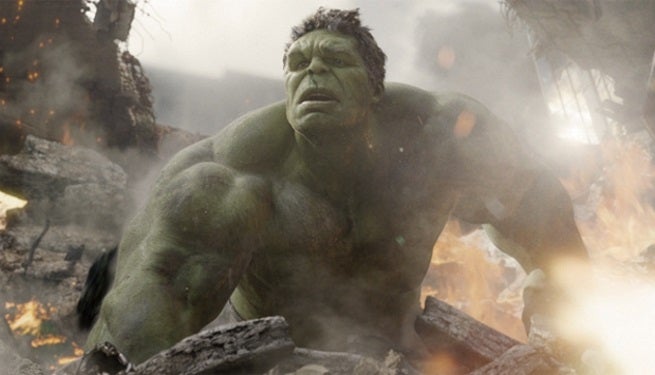 Continuing their series of interviews with the cast of Avengers: Age of Ultron, which began with Robert Downey Jr. on Monday, Empire Magazine has released a new interview with the film's Hulk, Mark Ruffalo.

Ruffalo suggests that fans can expect to see Bruce Banner that's a bit more comfortable in his skin when Avengers: Age of Ultron begins.

“I think he’s definitely matured a little bit since the last one,” Ruffalo says. “He’s become more acclimated to this thing and to being part of the team. I think he feels more a part of them all. But in this particular take on it, it’s a much more character-driven version of The Avengers than the first one. It gets a little deeper into each character. S.H.I.E.L.D. is not happening anymore, so there’s not that much time spent with the S.H.I.E.L.D. stuff. I feel that every character has their own cool little thing happening. I had great stuff in the last one but there’s even more stuff in this one.”

That said, Banner still houses an immense power inside him, and the Hulk is still capable of astonishing destruction.

“Hulk is the kind of wild card,” Ruffalo explains. “He’s the loose cannon of the group. He’s more like an atom bomb. You could guess where he’s going to go but he could go either way. I think that there is, obviously, the day when everyone expects it to go wrong and that day comes. And they’re ready. And Bruce designed the contingency plan. As much as you feel Bruce has some mastery over it – certainly, with ‘I’m always angry’ and he can turn into it at will – I still feel that there’s some part of him that doesn’t completely trust it and doesn’t completely trust himself.”

On the lighter side, Ruffalo has been quite enjoyable the “Science Bros” Tumblr movement that has been built up around Bruce Banner and Tony Stark's relationship from the first Avengers movie.

“They did all kinds of stuff, I’ve seen all of it,” Ruffalo says. I” think it’s really cool that there’s this kind of open source riffing based on these pop culture references. I get a kick out of it, I didn’t think it was going to turn into that. Robert has been a friend of mine before these movies, I’ve worked with him before. He has been very supportive of me, and kind of like my big-brother-older-actor friend. I felt really comfortable shooting that stuff with him, and that was kind of my meat of the movie. We worked really well together and the dynamics of that relationship are kind of the dynamics of our relationship, in a weird way. And so it worked. I had no idea it was going to pop in the way it did and the funny ways it spun off. It’s become quite a, let’s say, fetish for some folks. Science Bros Plus.”

Hulk and the Science Bros will return in Avengers: Age of Ultron, opening in theaters May 1.