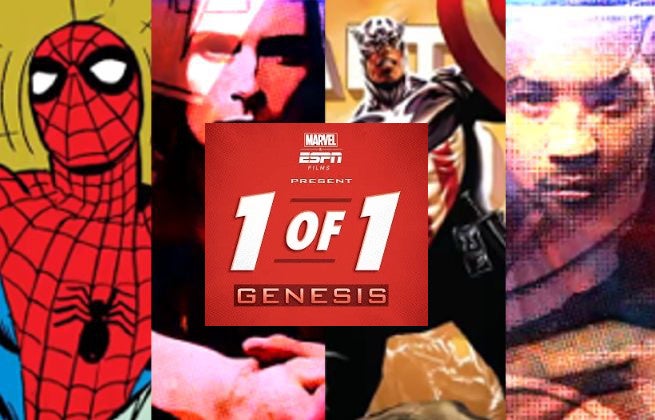 Marvel Entertainment and ESPN Films have joined forces to release a new documentary detailing "the search for real-life super power."

The film, titled 1-of-1: Genesis, is being billed as the origin story of real-life superheroes in the form of a number of professional athletes interviewed for the piece.

The film, available via Google Play and the Marvel Movies On Demand YouTube channel, "explores the notion that superstar athletes are like real-life Super Heroes—with not just superpowers, but personal tales evoking themes and narratives found in Marvel comics. With Russell Wilson, Carmelo Anthony, Danica Patrick and more."

You can check out the trailer below, which features footage from the athletes' lives, careers and interviews intercut with animated images from Marvel Comics.

Eric Drath, a veteran of ESPN films who previously worked with Marvel on their web-based short feature Tales To Astonish: Civil War, directed 1-of-1.