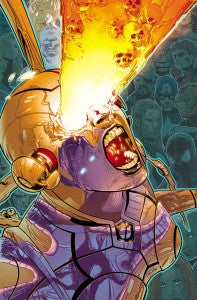 Marvel Comics have released a short preview of Cataclysm #0.1, the issue that sees the Ultimate Universe begin to try repelling the attack of Galactus in what Marvel is billing as "The Ultimates's Last Stand."

That's loaded language, given that rumors of the Ultimate Universe's demise have been floating around for a while now, and that the only truly marketable aspects of the younger, less-continuity-encumbered world have already been pilfered by Marvel's main line continuity ("Hey, look! We've got a black Nick Fury!") or imported there outright (Miles Morales is coming to the Marvel Universe proper in the coming months).

You can check out the preview pages and solicitation text below:

This October, the Ultimates make their last stand against the Devourer of Worlds in CATACLYSM 0.1, from blockbuster writer Joshua Hale Fialkov  and Mico Suayan – and the Ultimate Universe will never be the same!

From the fringes of space and time comes the dreaded Galactus, prepared to feast on the Ultimate Universe! With an entire universe full of new planets to devour, it’s up to the Ultimates to stop him from the catastrophic destruction of their entire universe!

Plus, don’t miss the return of fan-favorite Ultimate Vision as she makes a desperate, last-ditch attempt to stop Galactus and the Gah Lak Tus swarm! But is she enough to stop the coming of the dreaded Devourer of Worlds? Witness the beginning of the end in Cataclysm 0.1! 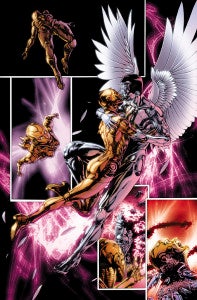 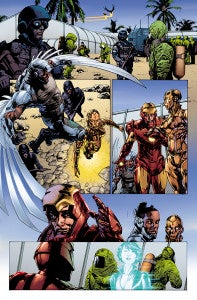 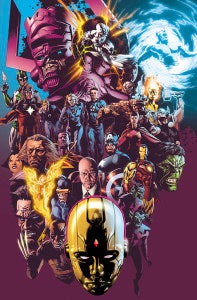