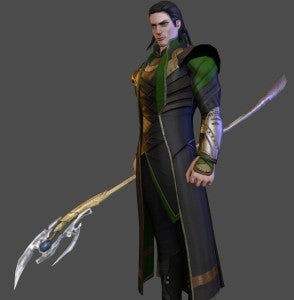 Update 2.0 was just released for the Marvel Heroes free-to-play MMO. The update brings Loki to the game as a playable hero who uses illusion and ice magic against enemies.

Its all kicks off the four month, ongoing Asgard event taking place in the game, with characters aiding Reed Richard and S.H.I.E.L.D. in trying to fend off an invasion from the nine realms. The event continues from the end of the original story and is accessible to anyone with a level 25 character.

In addition, there are now four new free starter characters: Black Panther, Black Widow, Captain America and Colossus. The original five starter characters are still available for free as well, so that makes a total of nine free characters for a new player to chose from.

Update 2.0 also brings some gameplay tweaks and improvements, so if you tried Marvel Heroes previously and haven't been back for while, now's a greta time to give the game a second chance. If the Asgardian content has you really excited, it doesn't take long to get a character to level 25, so jump into the game now and get started!