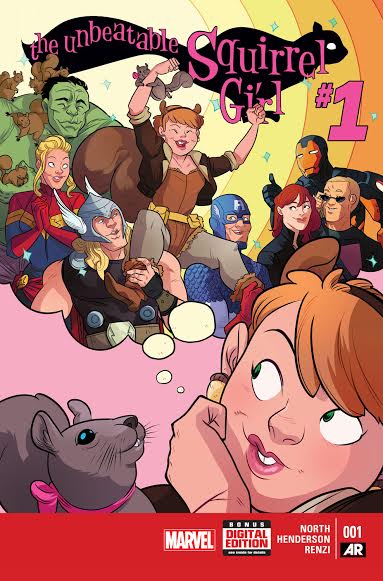 Ah, Squirrel Girl. Your impending solo title hasn't even debuted yet, and the Marvel Universe already feels like a cheerier place.

Marvel Comics has brightened up everyone's day with a new, lettered preview of The Unbeatable Squirrel Girl #1. In what will undoubtedly be Marvel's cheeriest title, Squirrel Girl heads to college, where she'll balance saving the universe with midterms, demanding professors, and all those other distractions. Aiding Squirrel Girl in her collegiate adventures will be her sidekick, Tippy-Toe, the Marvel Universe's most powerful,err, squirrel.

Eisner Award-Winning writer Ryan North and artist Erica Henderson head up the title's creative team. Check out a preview of the comic below, which hits comic shops on January 7th, 2015.