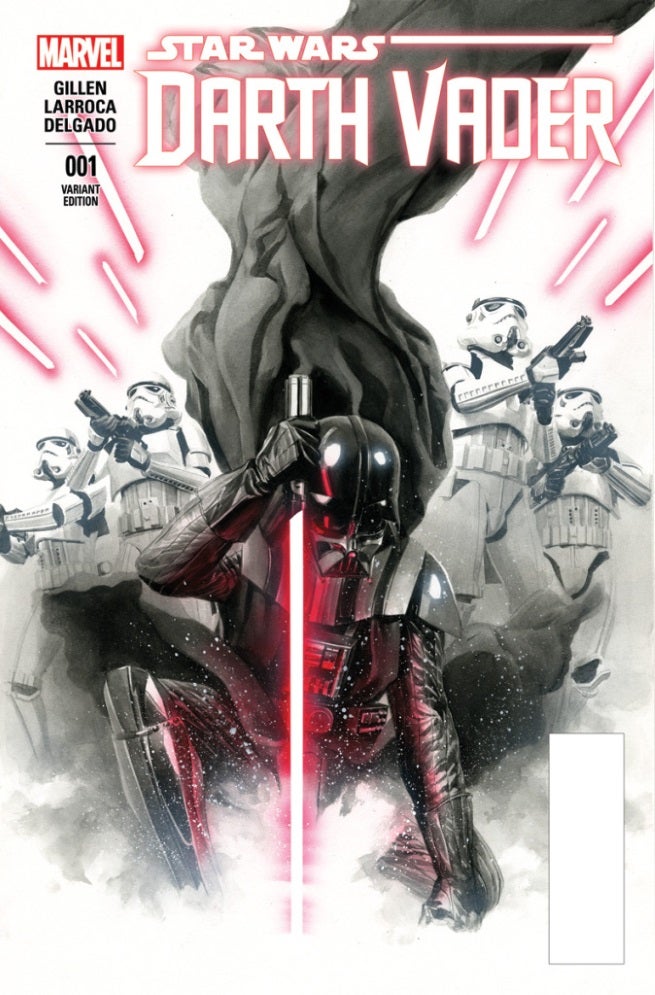 StarWars.com has revealed Alex Ross’s variant cover for Darth Vader #1. The series issue is written by Kieron Gillen, and has interior art by Salvador Larocca, and goes on sale in early 2015.

Ross is Marvel’s go-to artist for hand painted covers that add a sense of classicism, gravitas, and importance to a book. Here we some some of his most dynamic work, with Vader delivering a downward thrust, as a group of Stormtroopers fire their blasters. Ross is also providing a variant cover for Star Wars #1. 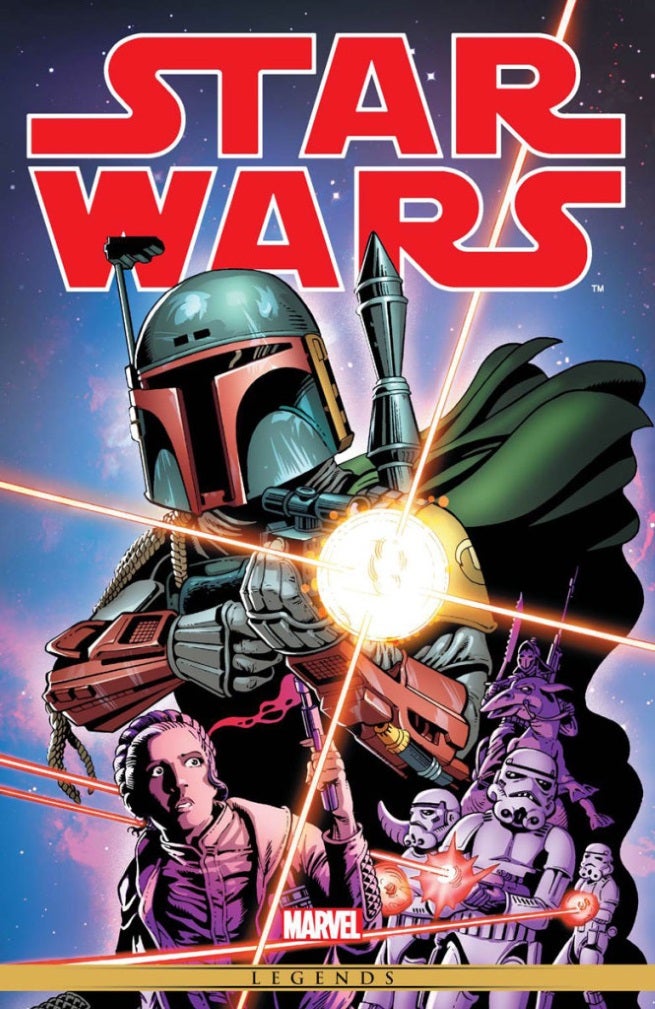 Star Wars: The Original Marvel Years Omnibus Vol. 2 is expected to be released in early 2015.