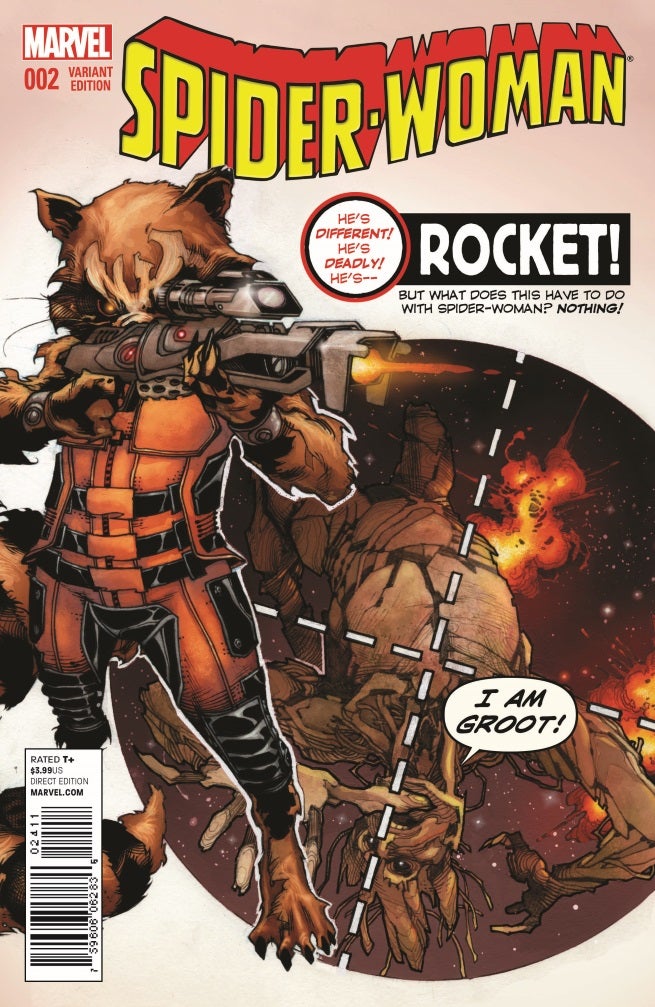 Marvel Comics has revealed a special, previously announced Rocket Raccoon & Groot variant cover. The cover is by artist Simone Bianchi and will appear on Spider-Woman #2.

“We were totally overwhelmed by the response to the Rocket Raccoon & Groot variants when we released them last month,” says Marvel SVP Sales & Marketing David Gabriel. “When Simone Bianchi said he wanted to do one too, we couldn’t resist! We couldn’t be happier with the stunning cover he turned in.”

Bianchi’s cover is an homage to the classic cover of Amazing Spider-Man #129, which introduced the world to Frank Castle, a.k.a. The Punisher.