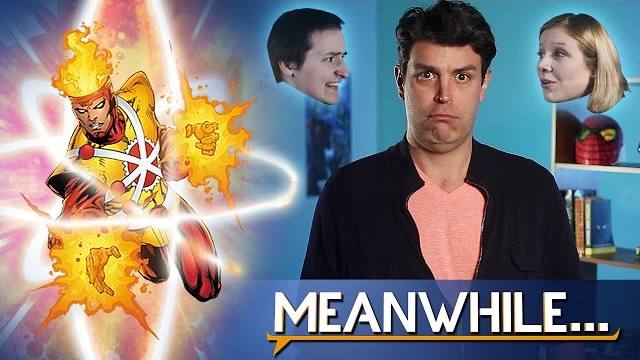 With Ronnie Raymond and Professor Martin Stein going "boom!" at the end of this week's episode of The Flash, but surviving to be chased by General Eiling next Tuesday, the Meanwhile... webseries is taking a look at Firestorm the Nuclear Man.

A character with a twisty, turny backstory and sometimes hard-to-understand origins, Firestorm is the kind of story tailor-made for a show that's meant to get casual fans into the swing of things.

You can check it out, along with a few comments from Watchworks Studios, below.

Robbie Amell and Victor Garber are both taking on the role of the composite hero Firestorm in the CW series "The Flash". But how did the character Firestorm come to be and where do you start when you want to read his comics? In this week's episode, Nathan dives into the back story of the character and explains how Ronnie Raymond and Martin Stein collaborate to become the hero Firestorm. He also gives great places to start reading and lets you know how to jump into current stories.

Meanwhile... Gets You Up to Speed on Firestorm