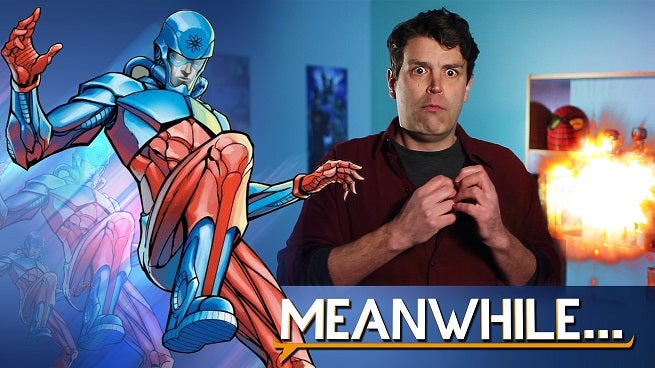 While Ray Palmer might not be getting small just yet on Arrow, the hero known as The Atom made his debut on this week's episode and promises to have some major ripple effects throughout the rest of the season.

Oh, and he's supposed to be one of the leads in a new series that will team up a number of DC Comics superheroes for more adventures in the Arrowverse.

So, of course, the comics webseries Meanwhile... decided this was as good a week as any to take a look at what makes Palmer tick.

Brandon Routh is taking on the role of Ray Palmer on the third season of The CW show, Arrow, and we're getting watch him become the size shifting hero, The Atom. But how did the character The Atom come to be and where do you start when you want to read his comics? In this week's episode, Nathan dives into the back story of the character and gives great places to start reading. He also lets you know how to jump into current stories.

Meanwhile... Gets You Up to Speed on The Atom