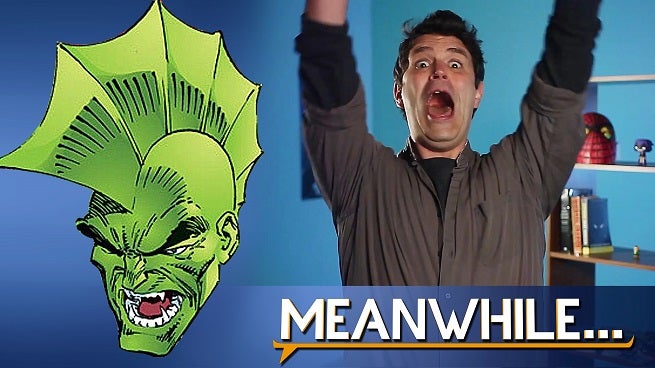 This week saw the release of Savage Dragon #200, the oversized, landmark issue that saw Larsen team with Chris Burnham, Herb Trimpe and many, many more creators.

Today, the Meanwhile... webseries joined ComicBook.com in recognizing the issue with an episode catching readers up to speed on Savage Dragon, with an eye toward giving you everything you need to know to jump on with #200.

You can check that out here:

You should really subscribe to their channel, rate the video, all that good stuff. Meanwhile... is a gem. You can also follow them at @Watchworks_S on Twitter, which brings us to our next thing...

ComicBook.com is holding a contest!

We're going to be giving away 2 (two) signed copies of Savage Dragon #190, last year's digest-sized throwdown between Dragon and Mako in prison.

And our Grand Prize is a collection of all 200 issues of Savage Dragon on ComiXology.

The contest will run through January 1, and all you've got to do is tweet us your favorite Savage Dragon supporting character with the hashtag #SavageDragon. If you haven't got Twitter, send an e-mail along to russburlingame@comicbook.com. We'll draw winners randomly from all entrants over 18 on or around January 1.

Meanwhile... Webseries Catches Fans Up on Savage Dragon, While We Give All 200 Issues Away