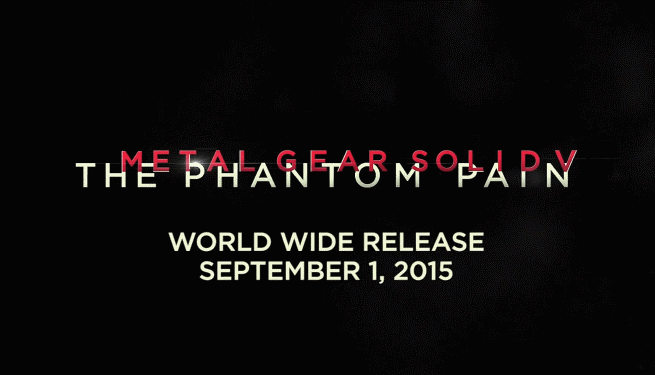 The release date for Metal Gear Solid V: The Phantom Pain has accidentally been revealed by IGN.

IGN and Konami have been hyping up a big announcement for Thursday at 9 a.m. ET. Those plans ran into a snag when a NeoGAF user going by the name Nibel noticed that the video announcement had already been uploaded.

The video, which has since been taken down, reveals that Metal Gear Solid V: The Phantom Pain will be released worldwide on September 1, 2015.

The video will likely be restored at its originally scheduled time, Thursday at 9 a.m. Until then, you can see the screenshot above for proof, and look forward to concluding Venom Snake's story in September.