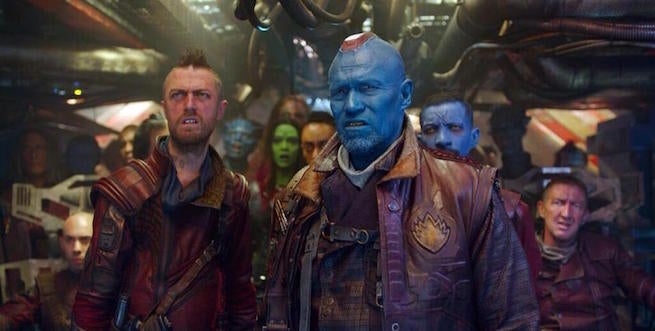 Gunn announced this would probably be the final Guardians of the Galaxy Pic Of The Day for 2014.

In the picture Gunn instructs stars Michael Rooker and Sean Gunn on the uses of the orb.

In Guardians of the Galaxy, Gunn played Kraglin while Rooker portrayed his boss Yondu, leader of the Ravagers: an intergalactic group of thieves, smugglers and pirates.

Yondu and the other Ravagers later became reluctant allies of the Guardians as they worked together to stop the ruthless Ronan the Accuser.

The Ravagers will no doubt make their presence known when Guardians of the Galaxy 2 hits theaters May 5, 2017.