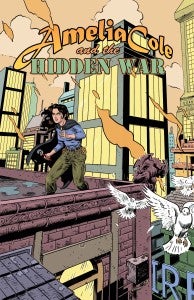 Monkeybrain Comics have released a preview for tomorrow's issue of Amelia Cole, Part 4 of the series' second arc The Hidden War, by D.J. Kirkbride, Adam P. Knave, Nick Brokenshire, Rachel Deering and Ruiz Moreno. In the issue, the relationship between Amelia and her employer The Magistrate while The Omega Company start to realize that they might need some help handling something massive waiting on the horizon. Check out the official solicitation text and preview pages at right and below (click on a page to enlarge), and pre-order the issue for purchase here. Amelia Cole #10: Hidden War Part 4 $.99 - 12+ Writer: D.J. Kirkbride, Adam P. Knave Letterer: Rachel Deering Colorist: Ruiz Moreno Art: Nick Brokenshire Amelia questions The Magistrate's use of her time as The Protector. Are her missions all for the greater good, or does he have a hidden agenda? Meanwhile, The Omega Company get the feeling there's something just over the horizon... but it's not what they think! 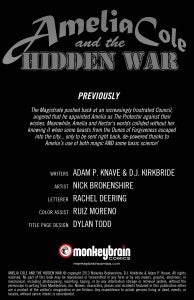 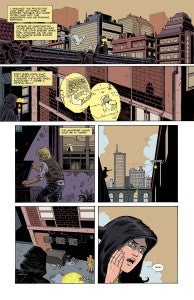 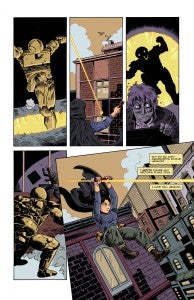 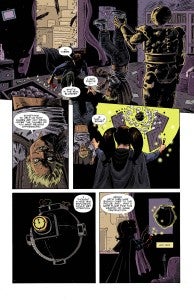