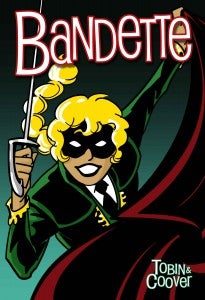 Monkeybrain Comics, in spite of having a handful of very well-regarded and briskly-selling digital comics to offer, received nominations for only one of those books--Paul Tobin and Colleen Coover's Bandette--when the Eisner Award nominations were announced earlier today. Bandette made up for being alone by earning four nominations, more than almost any other book on the market, which was a bit of a coup for the fledgling digital publisher. The series itself is up for Best New Series and Best Digital Series, and Coover is nominated under Best Penciller/Inker and Best Colorist. Monkeybrain are offering the first issue of Bandette for FREE, starting Wednesday, April 17th, through the entire Eisner voting period. This week sees the release of a brand new installment of Bandette, of which there's a preview (along with solicitation text) below. So if you haven't haven't sampled Bandette before, download the first issue completely free of charge and see what all the fuss is about. And if you HAVE read Bandette, then hurry on over and download the new issue!

Battle in the midnight gloom of the famous Père Lachaise Cemetery! Bandette, the world's greatest thief, accepts a challenge to duel the deadly assassin Matadori! But unknown to either light-footed combatant, the criminal organization FINIS is maneuvering to make sure Bandette suffers a fatal defeat! Can Bandette avoid falling prey to their schemes? Meanwhile, who is the mysterious figure lurking amid the tombstones, and what plot does she have in store for Bandette's rival in larceny, Monsieur? 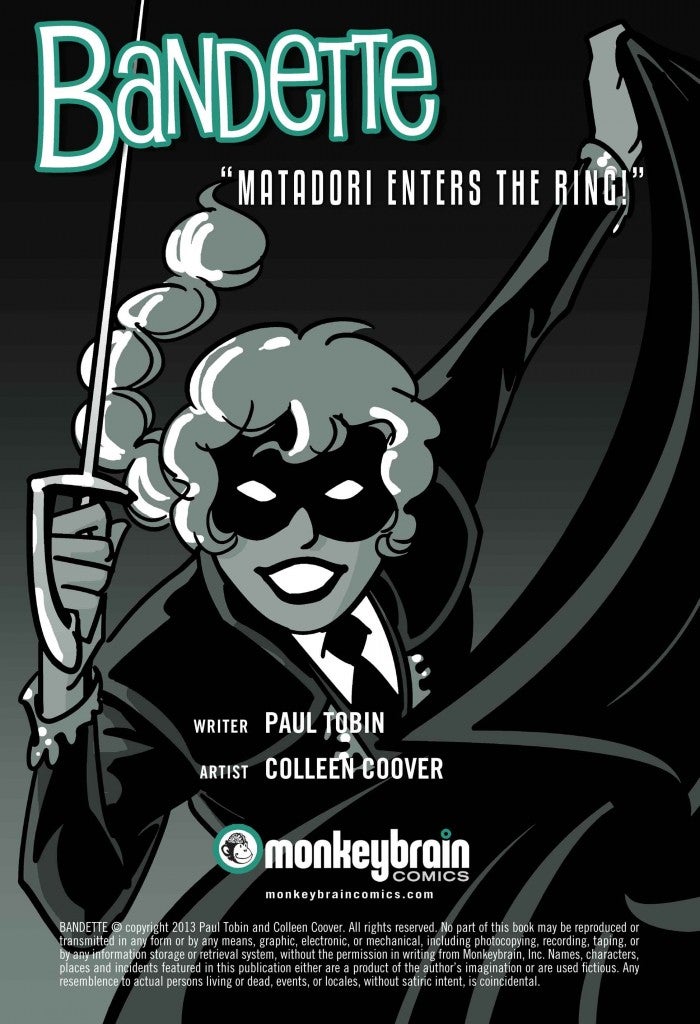 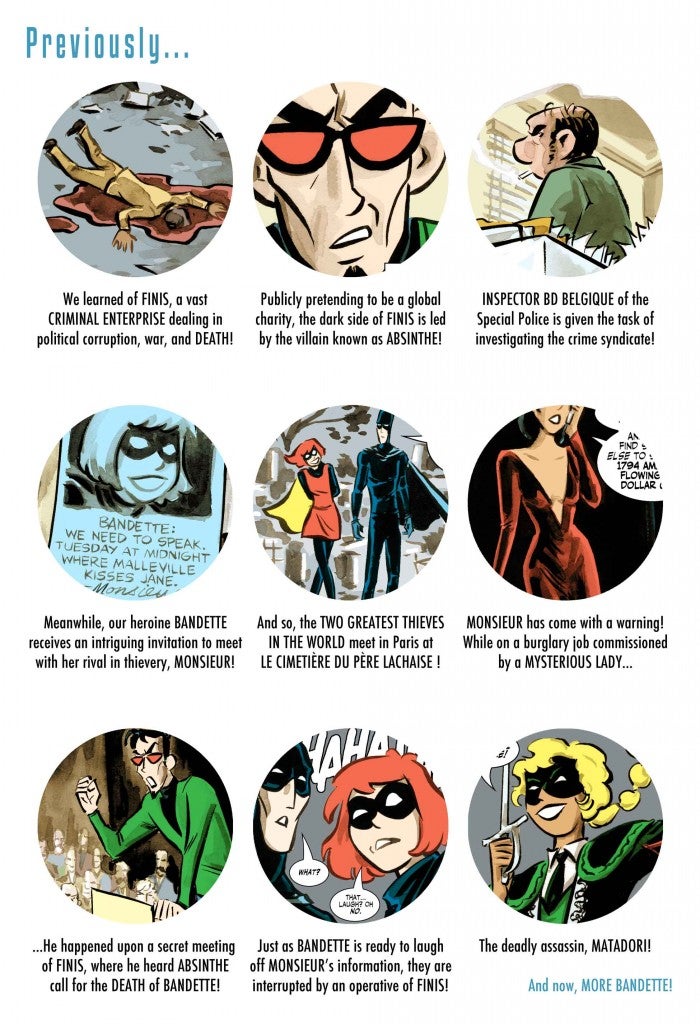 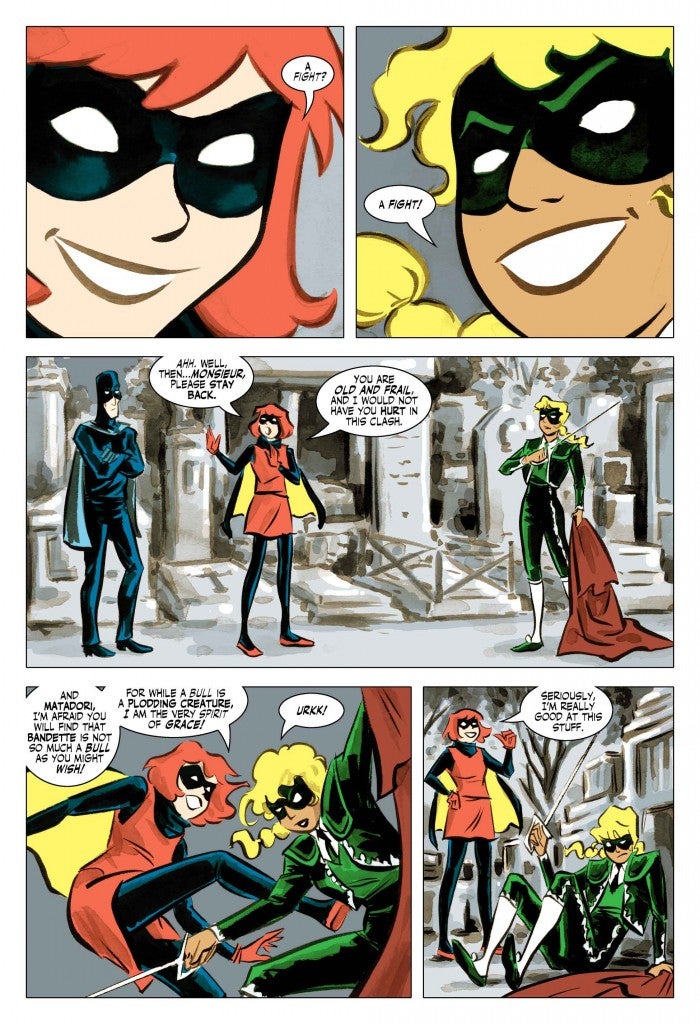 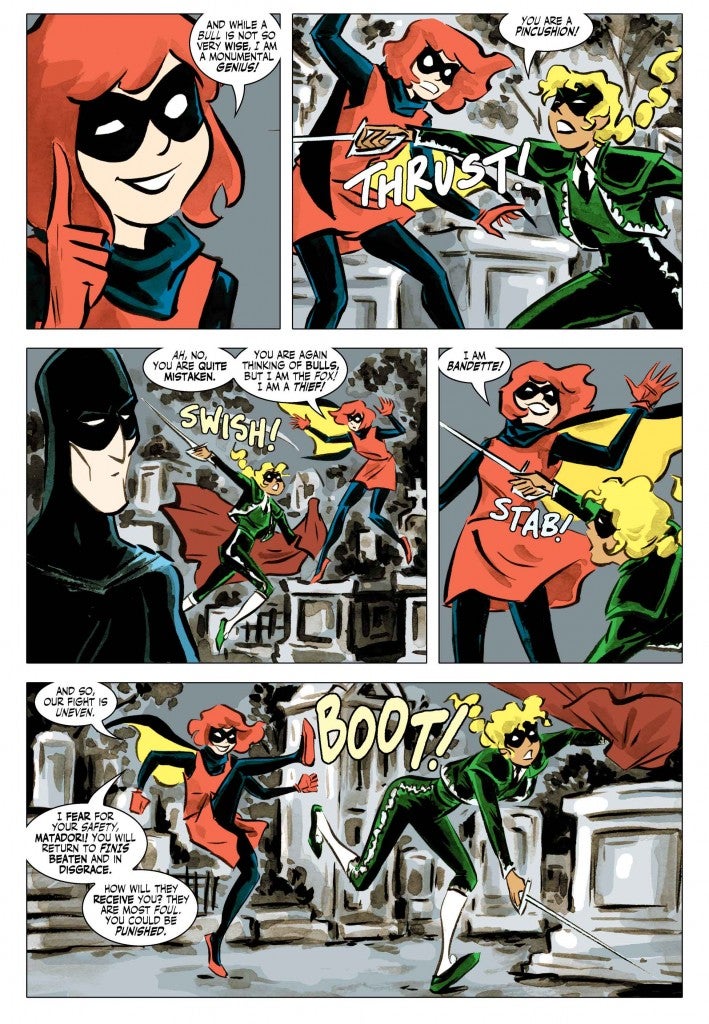 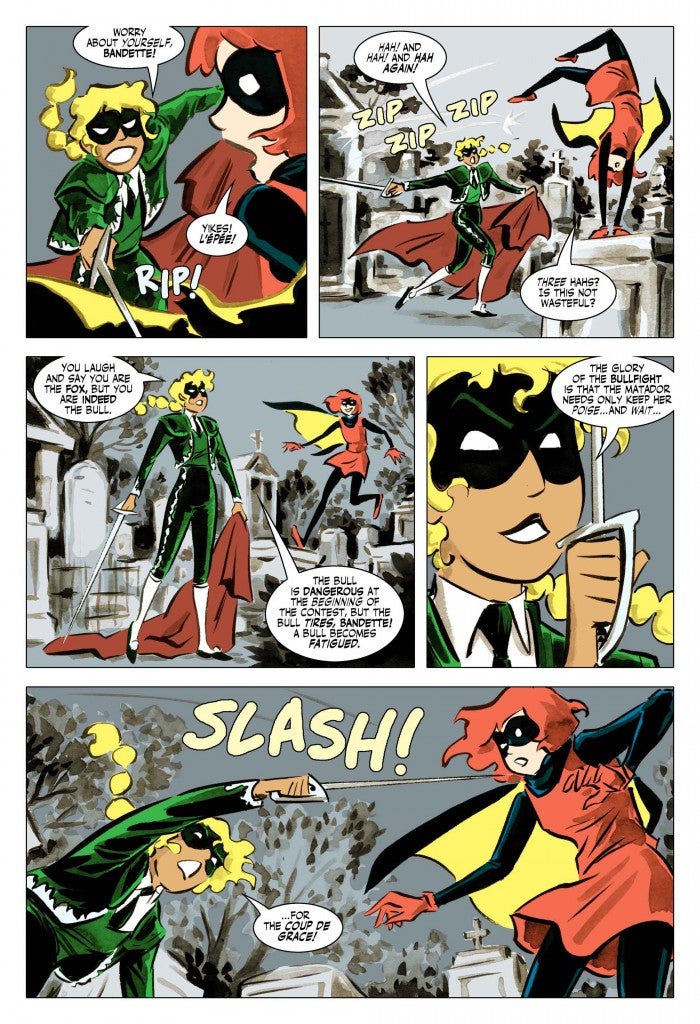