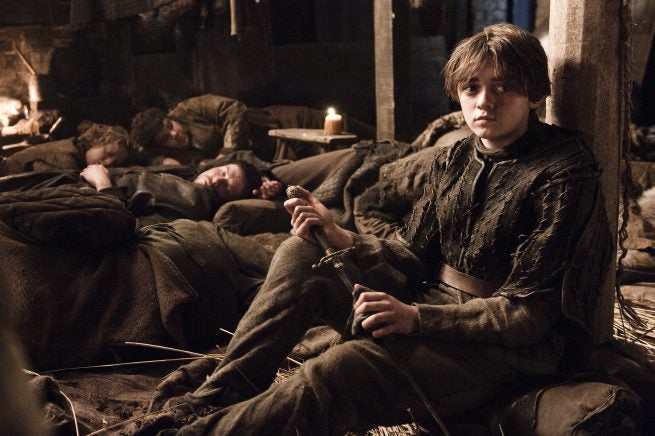 HBO has released another new teaser for Game of Thrones Series 5. Unlike previous teasers, this one features a bit of dialogue and focuses on a specific character: Arya Stark.

You can hear Arya’s Braavosi fencing teacher, Syrio Florel, saying the words, “There is only one thing we say to death. Not today.”

Check out the teaser below:

The video opens with a shot of coastline landscape, and then flashes back to Arya killing a man at the Inn she went to with The Hound. Birds in the sky, a shot of Arya’s feet as she practices her water-dancingm, and then Arya entering the House of Black and White in Braavos.

Big things are in store for Arya in Game of Thrones Season 5, premiering on HBO April 12.