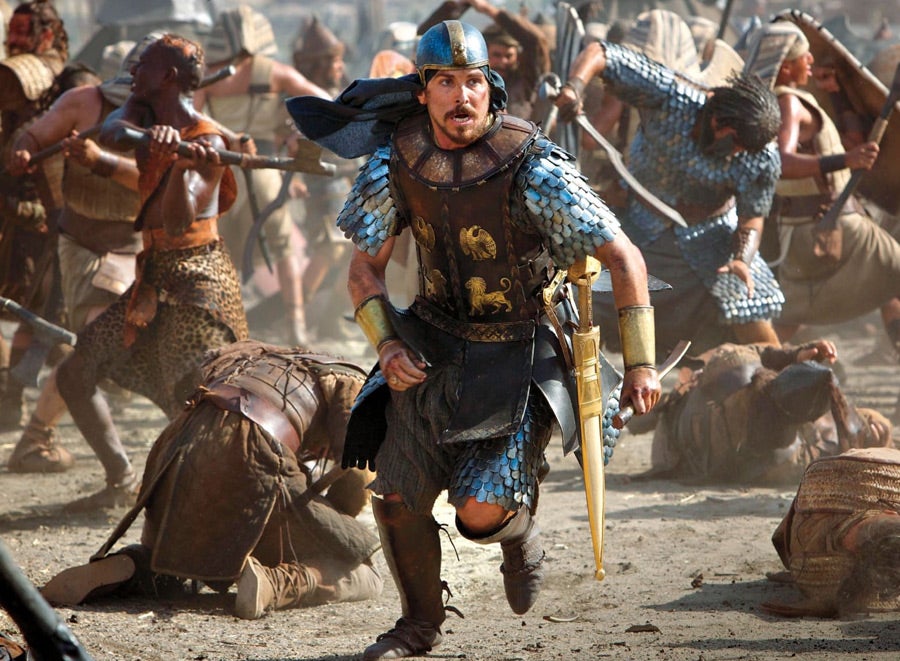 Really this time. Not like the last "final" trailer for the film.

The film, directed by Ridley Scott, retells the biblical epic between Moses and the Pharaoh of Egypt. After receiving a prophecy that he must lead his people from Ramses’ enslaving grasp, Moses must persuade his adopted brother to setting them all free. Ramesses refuses, unleashing a series of plague’s from Mose’s angry god. But when The Pharoah still refuses to budge, Moses must openly defy his king and former by leading a 400,000-person exodus to a promised land.

While the original story sees Moses rebel through generally peaceful means, Bale’s interpretation of the prophet seems a little more willing to pick up the sword. But that’s Ridley Scott for you. Ben Kingsly, Sigourney Weaver and Breaking Bad’s Aaron Paul round out the cast.