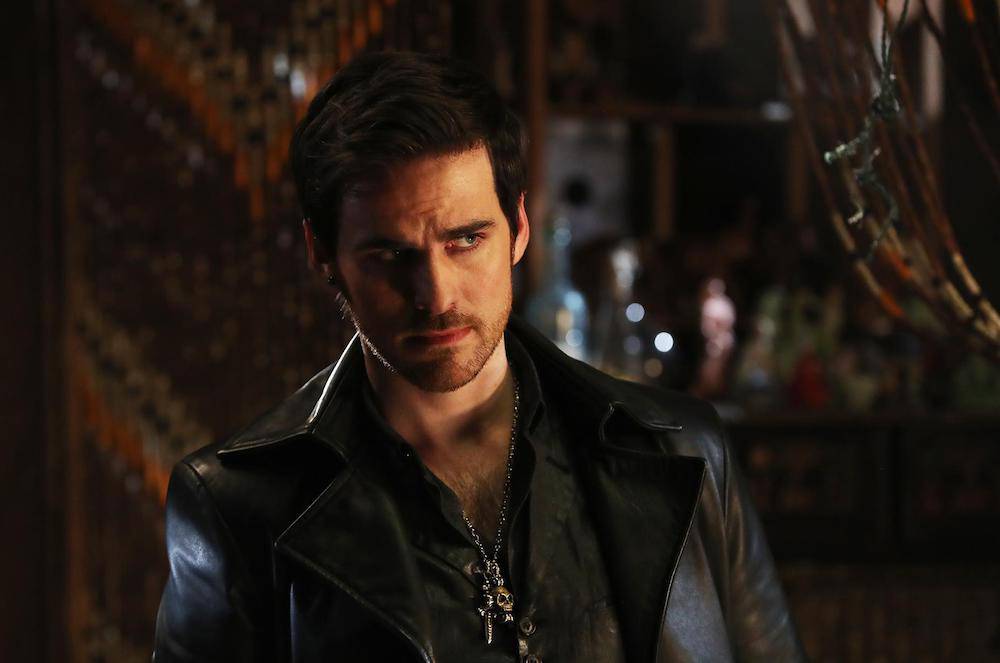 Before Hook (Colin O' Donoghue) and Captain Nemo (Faran Tahir) have time to react to Gideon's appearance on The Nautilus, the ship is sucked through a portal into another realm, and without fresh Kraken's blood, they won't be able to return to Storybrooke.

Meanwhile in the Enchanted Forest, Jasmine (Karen David) leads a weary Aladdin (Deniz Akdeniz) on the search for Agrabah, but all she finds is a ring in her pocket, which appeared there after her wish. A flashback begins, centered on Agrabah "many years ago," where Jasmine's father is shown desperately trying to find any wealthy prince to marry her, in exchange for the same ring. Jafar (Oded Fehr) enters and proposes marriage himself, saying he will destroy Agrabah at sundown if she has not accepted.

Later that day in Agrabah, Jasmine runs after a thief – thinking he may be Aladdin – only to discover Ariel (JoAnna Garcia Swisher) looking for Prince Eric. Jasmine helps her find him with some help from her magic carpet, hoping that Eric's army will be able to help her defeat Jafar. They quickly find Eric, but after what seems to be a heartfelt moment, Eric transforms into Jafar.

Jasmine and Aladdin, again in the present, continue their journey by boat, until they are attacked by a Kraken and narrowly saved by Hook. Conveniently, The Nautilus has a compass that points towards men with revenge in their hearts, such as Jafar. Hook believes that Jafar may also be able to use his magic to travel through realms. They team up to find him.

Before long, thanks to damage from the Kraken battle, The Nautilus begins to fill with water. Jasmine uses one of her remaining wishes from the Magic Lamp to transport them to a nearby island, where the compass pointed. They then part ways with Nemo and Liam, searching for Jafar. Instead they find Ariel, who owns a vase that appears to have Jafar stuck inside of it – in genie form. Jasmine summons Jafar out of the vase but discovers that he had actually broken the genie spell. All she did was free him. 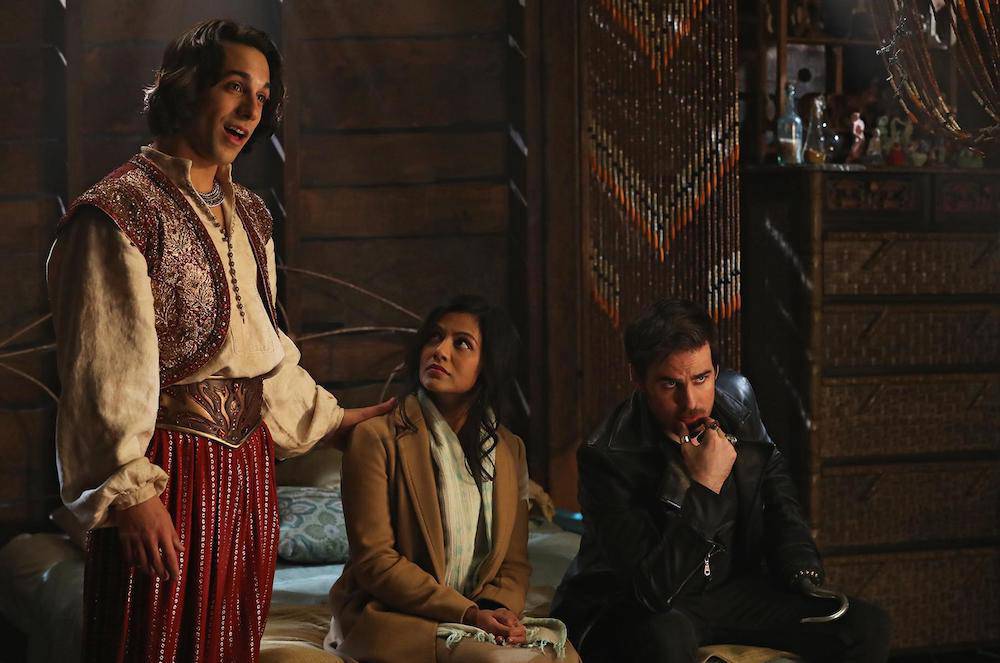 Again in the Agrabah flashback, Ariel shows Jasmine that she stole a vial of Jafar's magic powder. She urges Jasmine to use the weapon against him, but Jafar vanishes her back to the sea. As sundown approaches, Jasmine agrees to marry Jafar and gives him her dowry ring. Jafar admits that he plans to destroy Agrabah anyway; all he wanted was the magic jewel in the ring. He casts a spell, and Agrabah disappears.

Then, in the present, Jafar finally tells Jasmine what happened to Agrabah. The entire region is now trapped in the jewel of the ring. Jasmine uses Jafar's magic powder to transform him into a walking staff. Triumphant – she declares to her friends that she knows how to save her home. Jasmine kisses Aladdin for the first time, and the magic of love causes Agrabah to rematerialize all around them and frees Aladdin from the genie spell.

Back in Storybrooke, Regina (Lana Parrilla) proposes that she, Emma (Jennifer Morrison), and Snow (Ginnifer Goodwin) enjoy a ladies' night out at a new pub, "Aesop's Tables," and Emma declines. But later that night, when Sheriff Emma gets a call that there's a fight going down at that same pub, all she finds is Regina and Snow, who faked the emergency. Emma finds herself crying to the bartender, Aesop, and he gives her a napkin to wipe away the tears.

Hook and Ariel chat in Agrabah as the episode nears its end. She hands him a shell phone, which he should be able to use to make calls across realms. Back in Storybrooke, Emma is trying to put away some of Hook's things, when she finds his shell phone, hearing his call.

Hook does not know whether or not Emma can hear him on the other end, but he tells her that he loves her and that he will stop at nothing to get home to her. Aesop appears and reveals his true identity: Gideon. With the napkin from the pub, he has the Savior's Tears and can blackmail her.

He demands that she kill the Black Fairy.

Once Upon a Time Season 6 Episode 15 Recap With Spoilers: A Wondrous Place