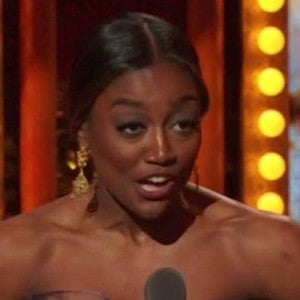 Patina Miller has been officially cast in The Hunger Games: Mockingjay Parts 1 & 2. She will be playing the role of Commander Paylor, who is the commander in District 8.

In the books, Commander Paylor is described as a woman in her early thirties, who looks young to be a commander. She is said to have an "authoritative tone to her voice."

Patina Miller is best known as a Broadway actress/singer. She won a Tony Award this year for Best Actress in a Musical for her role in Pippin. She also appeared on the soap opera All My Children.