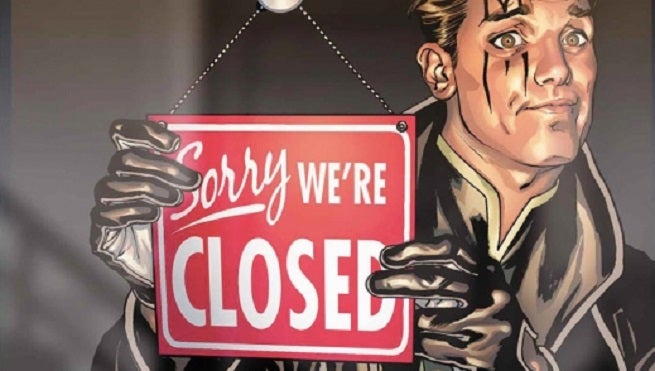 Marvel will conclude All-New X-Factor with #20, the series' writer, Peter David, confirmed today via his blog. He added that he had already said as much during Dragon*Con.

David, who detailed the book's situation in response to rumors that it would end a month earlier, said that the comic simply was not selling enough copies in direct market comic shops, with many of its readers opting for digital or collected edition sales, neither of which he says are accounted for when Marvel decides whether to continue a struggling title.

"[I]t's because not enough people are buying it. Which is exactly the reason they cancelled Gambit as well, so it'll probably be a long time before he gets to star in another book," David wrote. "All I did was write a book that got tons of positive write-ups. Which I guess is enough to encourage people to buy it when it comes out in trades, oblivious to the fact that books get cancelled when you do that." 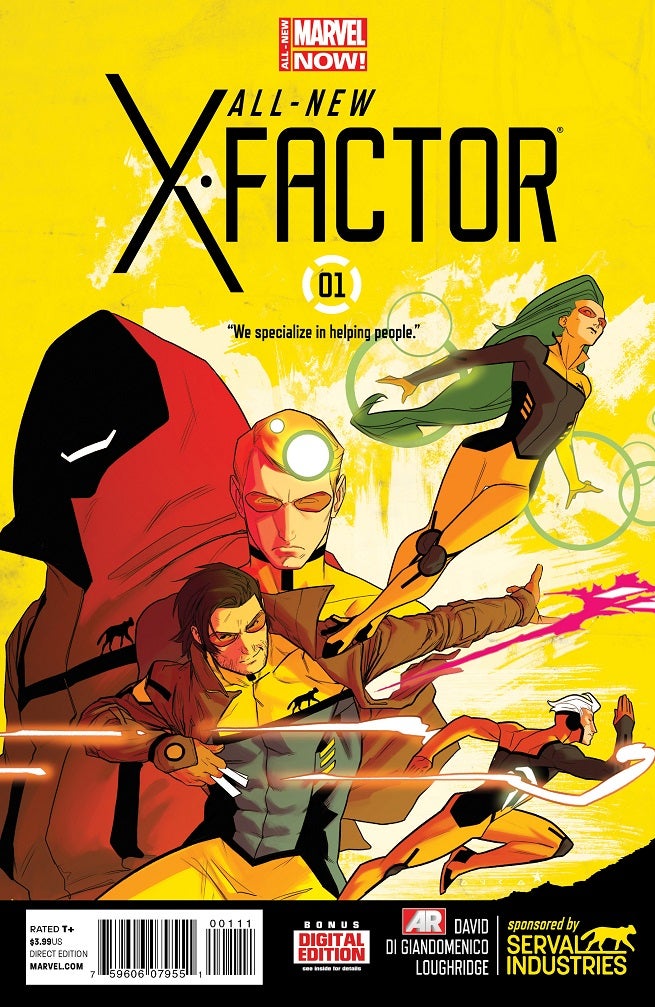 In the comments thread beneath the story, he added, "To the best of my knowledge, digital sales don't count. It comes down to whether enough people are buying the book on the stands. And when enough people find alternatives and it kills the sales, the book goes away."

The abandonment of "floppies" is a frequent source of frustration among creators whose books are on the cancellation bubble, as well as creator-owned titles that need a month-in, month-out source of revenue in order to keep the lights on. Comics, understood by the marketplace to be primarily a monthly periodical medium, are difficult to sell in other forms without the periodicals to attract the fan base and keep them coming back to the store. Even titles which typically sell best in trade would be vastly more difficult to market as original graphic novels...even if the creators in question could afford to get their income all in one hit, twice a year, which isn't plausible for most.

Consumer economics, on the other hand, can encourage readers to buy in trade (which usually saves between 20% and 50% off cover price, depending on the title and publisher), in digital (where you can save $1 by waiting a month on many titles) or, in Marvel's case, on the Marvel Comics Unlimited app where a monthly subscription gains fans access to thousands of comics, and new ones that might otherwise cost you $4 a month are added all the time.

While the effect of trade-waiting is often debated, digital has often been discounted by the publishers as having a relatively negligible impact on the monthly comics market as digital comics usually sell a small fraction of what their physical counterparts do. With the dissolution of the newsstand market, though, some titles with more specialized readerships have been tilting the scales the other way; reports are that Marvel's recently-relaunched Ms Marvel actually sells more copies digitally than it does in comic book stores.

David has been writing X-Factor in one form or another on and off since 1991, when he took over the title -- previously populated by the original "First Class" era of X-Men -- and transformed it into a government-led team of mutants not entirely unlike Keith Giffen and J.M. DeMatteis's UN-chartered Justice League. That iteration of the team ran until 1998, and then returned in the Madrox miniseries in 2005.

That miniseries, in which Multiple Man brought together the old team under the auspices of X-Factor Investigations, a superhuman private investigations entity, led to a revival of X-Factor which David wrote until September of last year, when it ended. That was followed by an almost-immediate return as All-New, which redesigned the lineup and reimagined the premise somewhat (with corporate sponsors).