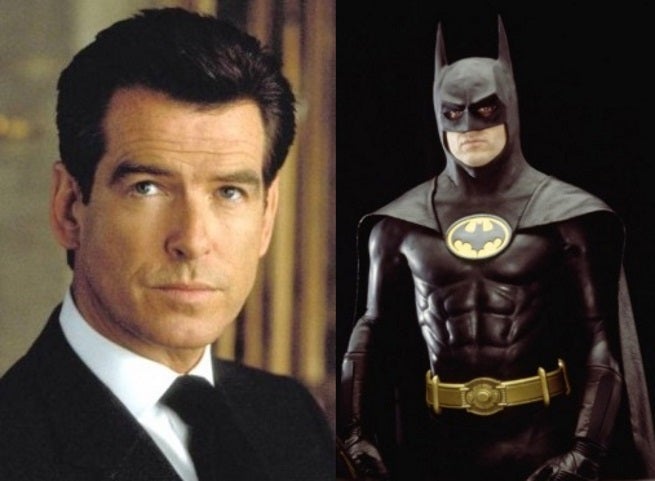 Former James Bond star Pierce Brosnan revealed in a Reddit AMA today that he was at one point offered the role of Batman.

According to Brosnan, he was approached for the role by Tim Burton, who directed Batman '89 and Batman Returns.

Here's the direct quote from the AMA:

I went and met with Tim Burton for the role of Batman. But I just couldn't really take it seriously, any man who wears his underpants outside his pants just cannot be taken seriously. That was my foolish take on it. It was a joke, I thought. But how wrong was I? Don't get me wrong, because I love Batman, and I grew up on Batman. As a kid in Ireland, we used to get our raincoats and tie them round our neck and swing through the bicycle shed...

Brosnan passed on the role because he thought it was joke. Perhaps he was on to something, as the role was eventually filled by comedic actor Michael Keaton.