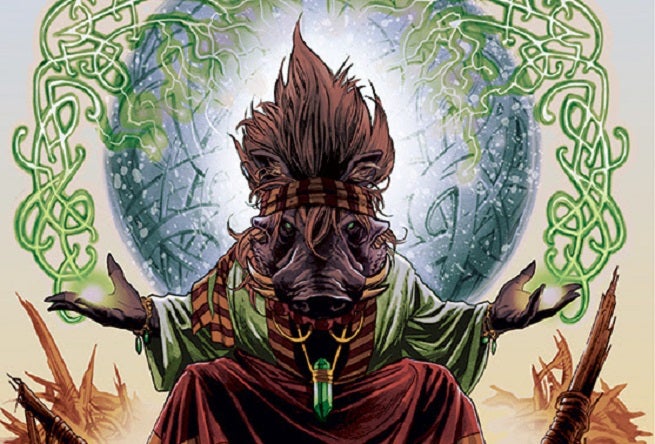 Image Comics have released the first official look at Kurt Busiek and Benjamin Dewey's Tooth & Claw #1, due in stores November 5 from the publisher.

The publisher describes the fantasy series as "Conan meets Kamandi with a Game of Thrones-style storytelling experience," saying that "In Tooth & Claw, a secret conclave of wizards brings a legendary champion forward through time from the forgotten past to save the world—with disastrous consequences. Featuring swords, sorcery, beast-wizards, gods, sprawling animal empires, golems of radioactive decay, crystalline badlands, con women, ancient armories, young love, mystery, blood and death and treachery and destiny."

Like Robert Kirkman recently did with an issue of The Walking Dead, the first issue of the series will be double-sized with no ads and no increase in cover price ($2.99).

You can check out preview pages below. 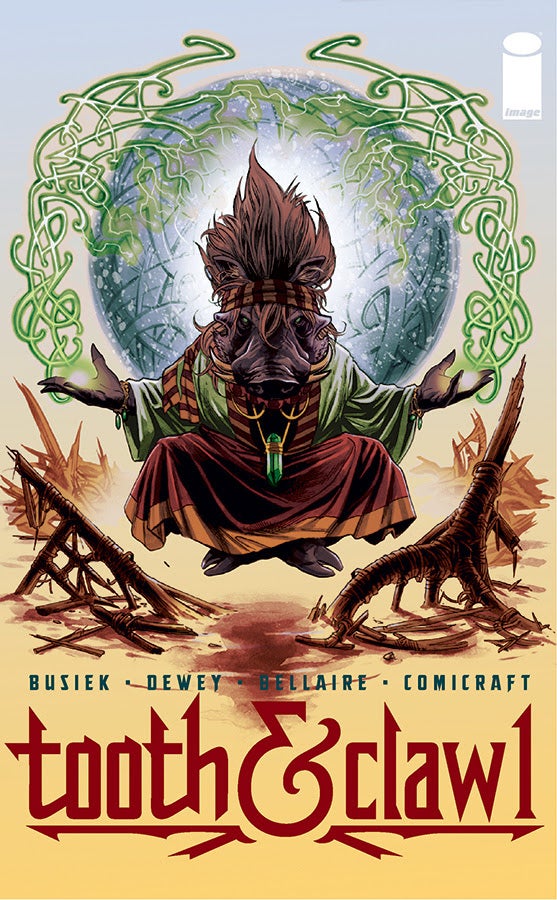 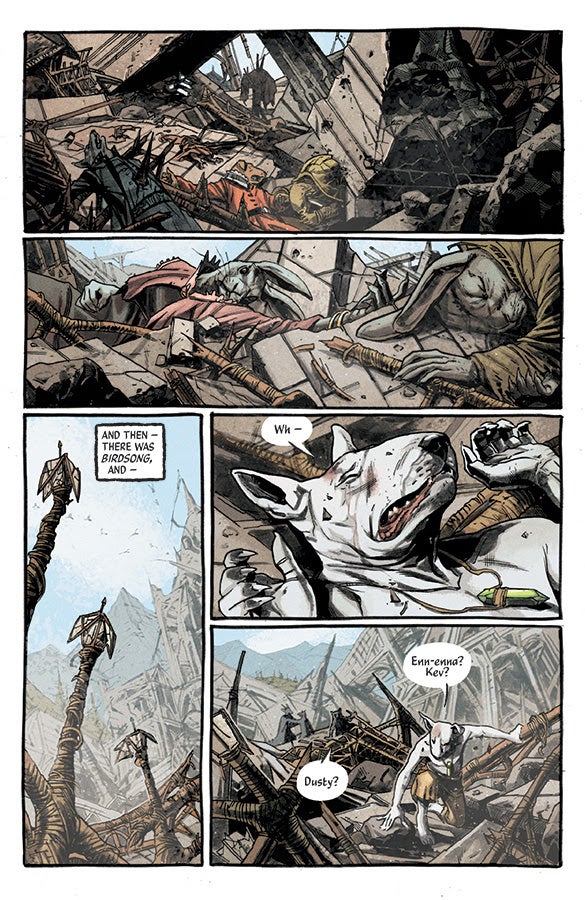 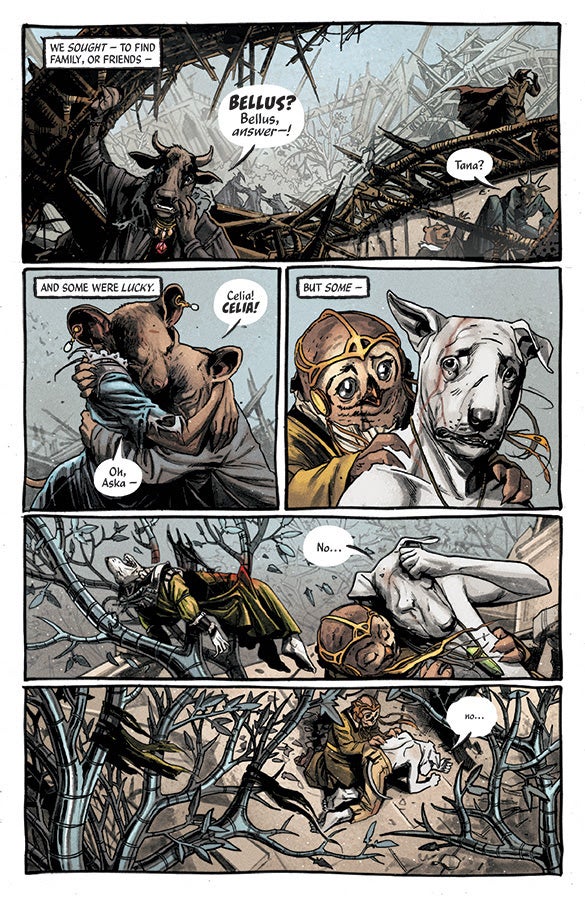 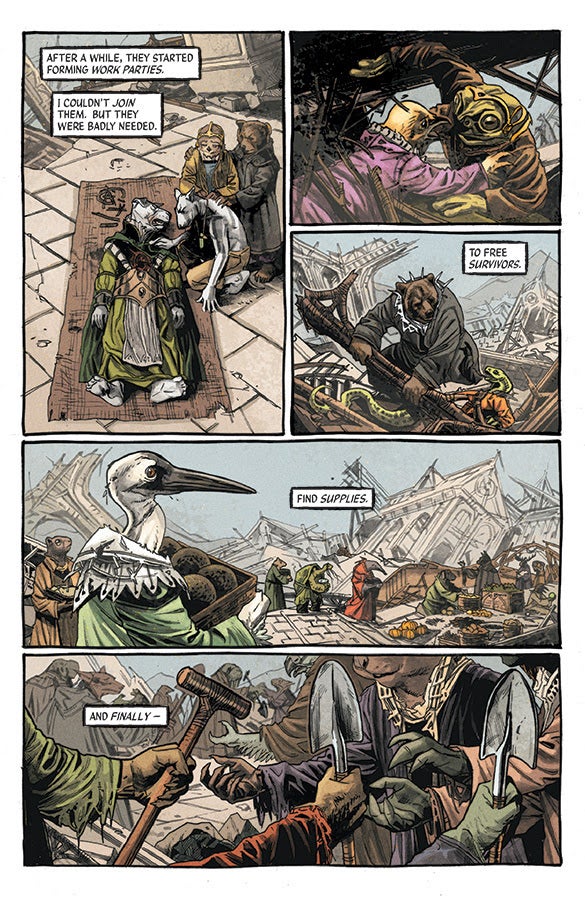 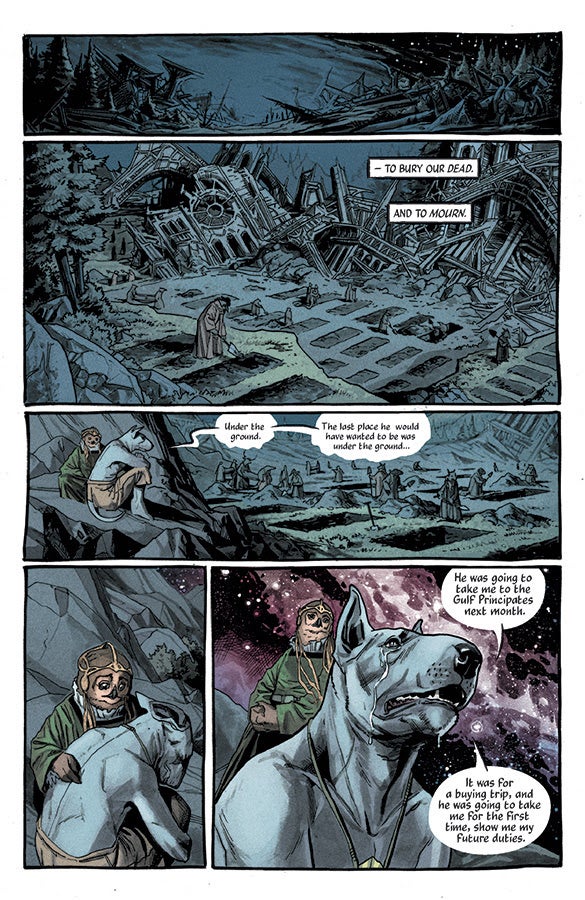 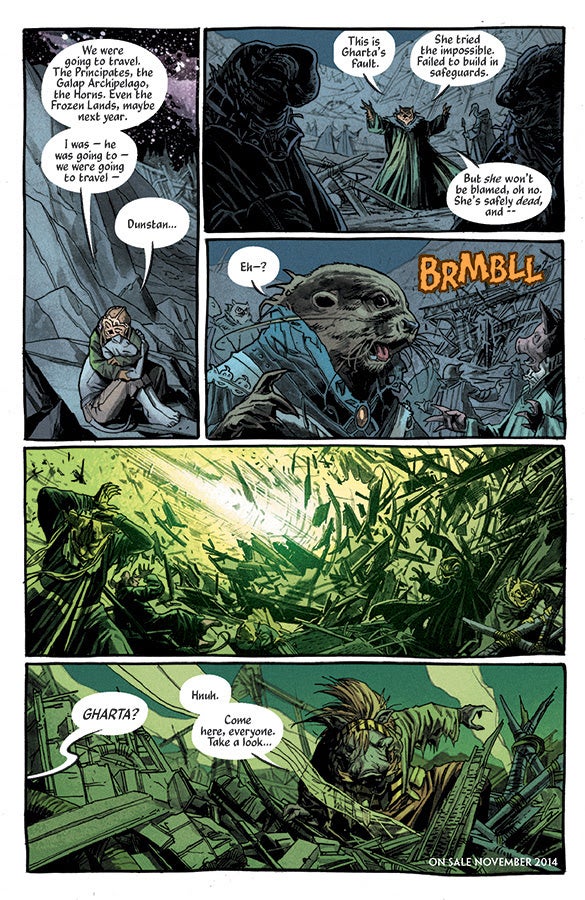