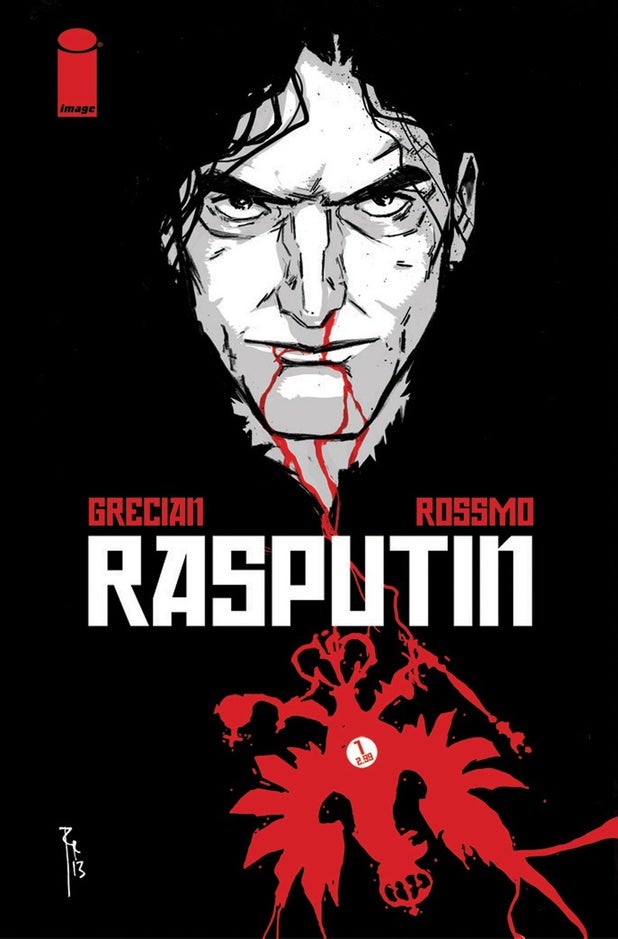 Rasputin #1 introduces one of history’s favorite villains as the protagonist of a new series. It’s far from the first time that Grigori Yefimovich Rasputin has been reinvented for a comic, but this new take does stand out as something unique. The first issue uses the infamous night of his murder as a framing device to introduce the character as someone more sympathetic and human than the bogeyman presented by history and Hellboy.

Riley Rossmo’s depictions of Rasputin as both an adult and child craft a one-act play that works based on the power of its visual language alone. Almost the entire story occurs in the past, with adolescent Rasputin growing up in the harsh climate of Siberia. No more than four words are ever spoken on any 1 of the 19 pages set in the past. Rossmo crafts characters, setting, and action without the help of any words and there is never a lack of clarity or understanding. For that alone, Rasputin #1 is worth examining. It is a beautiful example of how to tell stories with images.

Rossmo’s character designs tell the reader everything they need to know about these people and their relationships before the story even begins. His father Efim is a gigantic bear of a man. He towers above his wife and son and possesses absolute power over them. His unkempt beard and withdrawn eyes reveal him to be a cold, pitiless person. Even without the scenes of abuse, it would be easy to infer that Efim beats his wife and child. His unnamed wife is a much meeker figure, composed of limbs and a torso that might as well be sticks. The hard angles of her face show her to have enough willpower to stand up to Efim, even if she cannot hurt him. Rasputin resembles his mother. He is clearly part of her and opposed to his father’s ways. Like her, he possesses no physical strength, but great resolve.

Alex Grecian’s plot is a simple one-act play presented in three scens. It could easily be adapted to the stage as a brief production. The drama is clearly presented with easily understood characters, motivations, and choices. Rasputin is transformed from villain to misunderstood hero through this brief reflection on his origins. His situation and upbringing makes sense of his future and adds an ironic twist to his death. The only problem with this concise story is that it provides no hook to compel readers to seek out more. Rossmo’s art and storytelling may be enough to bring back some, but there is no cliffhanger or grand premise to capture fans of episodic narratives.

Grecian’s presentation of Rasputin’s father is almost comically evil. He is the caricature of an abusive paternal figure. More archetype than character in this issue, everything he does acts to inform the reader that he is a cruel, loveless man. While this may function for a short parable, it’s unlikely to hold up under scrutiny as the series continues.

Rasputin #1 is a very well told single issue. It presents a short and (not so) sweet story about the tragedy and irony of life. Grecian and Rossmo use one of history’s most interesting characters to craft a tale that fits perfectly into the Halloween season as well. Whether they can build this story into something larger has yet to be seen.