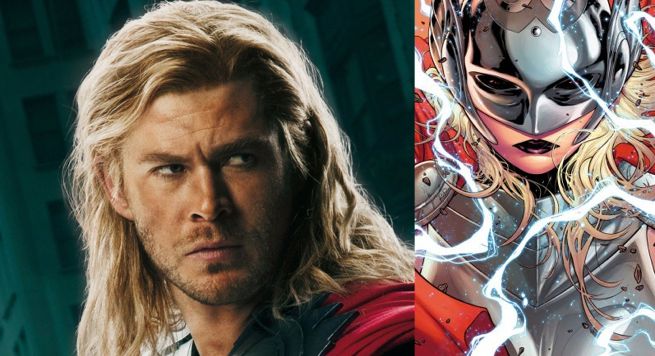 When Marvel Comics announced that the current Thor in the comic books was going to be replaced by a woman, one could probably have predicted that it would only be a matter of time before people begin speculating over what this meant for the Thor movies. And according to well-known Hollywood blogger Nikki Finke, it appears to be a very real possibility that Marvel Studios might go with a new female lead in upcoming Thor and Avengers movies.

While Chris Hemsworth is currently filming Avengers: Age of Ultron, Finke reports that she heard that Hemsworth wasn't anxious to go through the dieting and training regime necessary to return for Thor 3 or The Avengers 3. If true, Hemsworth wouldn't be the first Avenger to reportedly be having second thoughts because of the rigors of training for a superhero role, as similar rumors have revolved around Chris Evans from time to time.

In addition to Hemsworth's hesitancy, Finke is also reporting that it's doubtful that Marvel will want to cough up the big bucks to keep him in the starring role as Thor. Finke suggests that by rebooting the series with a leading woman instead of a leading man, Marvel Studios can not only avoid the cost of Hemsworth, but they can also capitalize on the recent popularity of women's movies and women action heroes at the box office. Finke says that the first two Thor films were marketed toward women anyway.