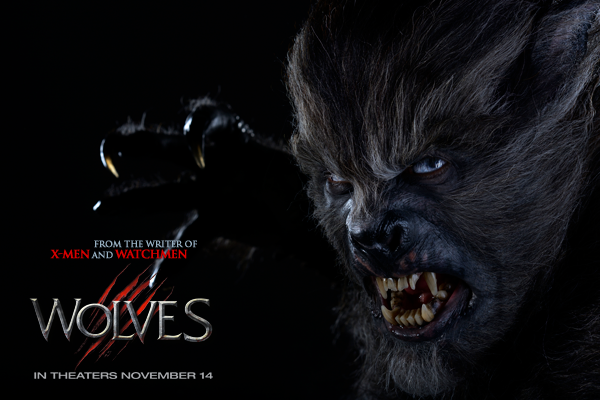 Wolves tells the story of Cayden Richards, High School golden boy. Cayden is popular, the quarterback of the school football team, and has a beautiful girlfriend. But lately he’s been plagued by nightmares and is worried something is wrong. When he loses his temper and attacks an opposing player on the football field, tries to rape his girlfriend, and discovers his parents ripped apart, Cayden starts to realize things are much worse than he imagined. He’s not going crazy; he’s turning into a wolf.

On the run, Cayden meets a man named Wild Joe, who sends him to a town called Lupine Ridge and discovers an old blood feud between the other werewolves who live there. A feud that Cayden finds himself entangled in, whether he wants to be or not. Desperate to save the family he has found, Cayden finds himself face to face with an enemy far stronger than he is.

There is not very much original in the story of Wolves. In fact, the film moves from cliché to cliché constantly. Unusually for a supposed horror movie, there is not a single scary moment, not even a jump scare. And to make matters even worse, the story is beyond predictable, to the point where there are virtually no stakes.

Perhaps the movie could have been at least fun if the actors had been up to the task. But, with the exception of Jason Momoa who at least seems to be having a good time, the cast is wooden and unimpressive. Most of them seem to think that dry sarcasm and intense staring are emotional choices. Add to that wolves who look more like giant cats than anything else, and it is hard to take anything seriously.

Wolves is the unfortunate scary movie that forgot to be scary. Or original.