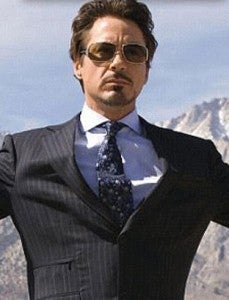 Robert Downey Jr. showed up in Wilmington, North Carolina this past Friday. Wilmington is the main location for filming of Iron Man 3. At first, no one knew for sure why Robert Downey Jr. was there, because the latest official reports have suggested that the main filming for Iron Man 3 won’t start for another couple weeks.

Earlier this year sources told Comicbook.com that things were moving ahead faster than expected with Iron Man 3 and some filming was expected to start the last week of April or the first week of May. While most sources didn’t know if any of the stars would be involved in this early shooting or if it would be mainly location shots, one source did suggest that Marvel Studios might have Robert Downey Jr. shoot some Iron Man 3 footage that could be used for a point of discussion on talk shows while promoting The Avengers. Robert Downey Jr. is scheduled to appear on The Tonight Show on Thursday, May 3, 2012 and on the Ellen DeGeneres Show on Friday, May 4, 2012.

While we’ve been unable to officially confirm exactly why Robert Downey Jr. has been in Wilmington, North Carolina for the last four days, some locals are now starting to hear that he is indeed in town doing some filming for Iron Man 3. On Monday, Robert Downey Jr. shopped at a store in Downtown Wilmington called the Edge of Urge. According to a tweet from the store, “We were pretty excited that Robert Downey Jr stopped by the shop today while filming Iron Man 3!” And lest anyone not believe it, they even tweeted a photo of Robert Downey Jr. in the store.