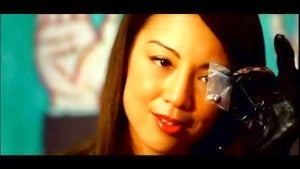 Paging Doctor Chen! Doctor Chen to the S.H.I.E.L.D. offices, please. Deadline is reporting that Ming-Na Wen, best known for her role on E.R. but also a veteran of The Batman and Eureka, has joined the cast of Joss Whedon'd S.H.I.E.L.D., playing Agent Melinda May. The notice describes the character as "Soulful and slightly damaged by her combat experiences, Melinda is an ace pilot, a weapons expert and a soldier who can — and has — gone beyond the call of duty. The character was originally listed on the pilot's casting breakdown as Agent Althea Rice, aka The Calvary." She'll join Clark Gregg, also known as Agent Phil Coulson from the Iron Man franchise, Thor and The Avengers, who will reprise his role in spite of the notable handicap of having been killed in his last big-screen outing. Oh, yeah, spoilers. Expect more casting announcements soon, as the pilot picks up steam. After the success of Arrow on The CW proving that superhero spy thrillers can work on the small screen, it's unlikely this pilot will even see its airdate before ABC have picked it up for a full season.