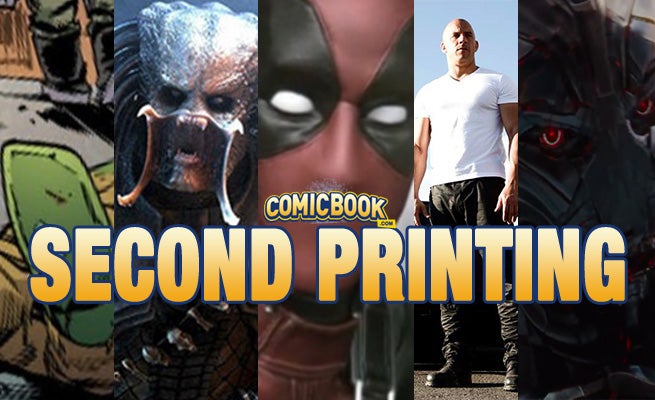 It's Friday. It's the Second Printing. We've rounded up all the biggest issues from the week at ComicBook.com and reprinted them all in one place so you don't miss a thing.

Catch up on all the biggest stories from this week, which include Furious 7, Age of Ultron, and Mortal Combat X in the video below:

Before the California premiere of Furious 7, Vin Diesel took a moment to rembember Paul Walker, who died unexpectedly in a car accident in November 2013.

Predator will be available in Mortal Kombat X through Kombat Pack 1 DLC which is included in the Kollector's Edition of the game.

The Death of a Teenage Mutant Ninja Turtle

Spoiler! Warning! In issue 44 of Teenage Mutant Ninja Turtles, one of our beloved turtles meets his demise!

Which story from this week was your favorite, was it one included in the Second Printing, or something else?