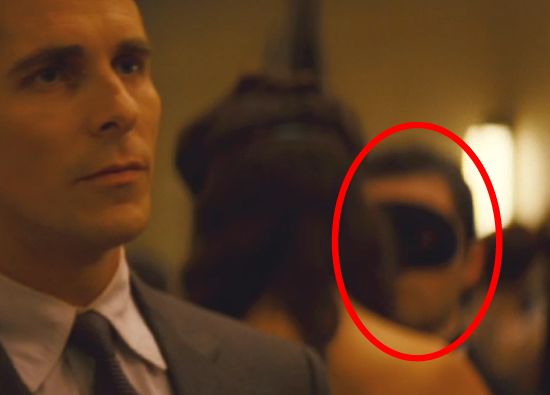 It looks like superheroes other than Batman just keeping popping up in The Dark Knight Rises. First, it was Superman with the Superman logo showing up in the first Dark Knight Rises poster and the face of Superman appearing next to Bane in another image. Now, it's Robin the Boy Wonder who has been spotted. Rumors have long circulated that the information that Joseph Gordon-Levitt is playing Gotham City police officer John Blake is just a cover for his true role as Robin the Boy Wonder. Speculation reached a fever pitch when the Robin logo was spotted in a sign in a football game crowd shot shown in the second Dark Knight Rises trailer. In addition to the Robin logo, the name "Ward" appeared on the back of the jersey of one of the football players in the trailer, which obviously had to be a call out to Burt Ward, who played Robin in the popular sixties Batman TV series. These were signs surely planted by Nolan to signal to fans that Robin cometh.

However, naysayers were quick to point out that the Robin logo sign had been made by one of the extras that filled the stadium, and the name "Ward" on the football player jersey actually stood for Hines Ward, who was the Pittsburgh Steelers player cast in that role. Now, an eagle-eyed Reddit poster going by the handle of Rowsdower_Rowsdower has spotted another possible Robin reference in the second Dark Knight Rises trailer. At the masquerade ball where Bruce Wayne backs away from Selina Kyle, someone wearing a Robin-type mask can be seen in the background. This masked individual happens to sport long sideburns, which look a lot like the long sideburns sported by Joseph Gordon-Levitt. Could this be Nolan having more fun with fans by dropping in a sneaky reference to Robin? 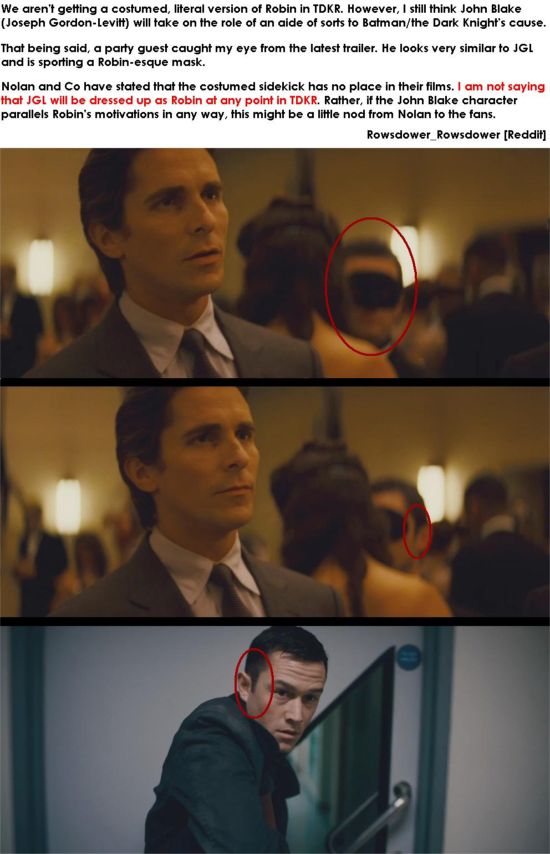