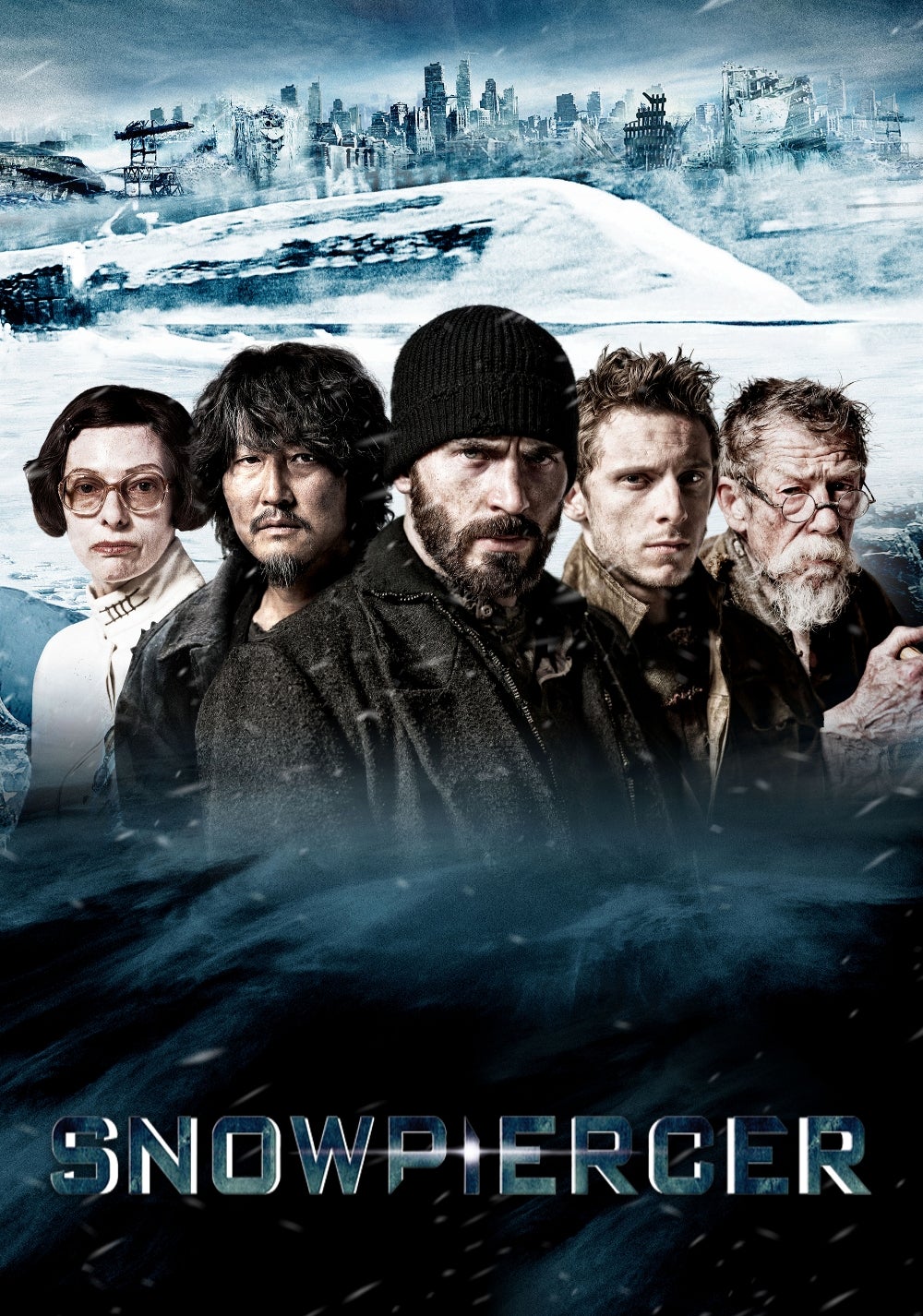 The problem with Snowpiercer isn't that nobody saw it.

It's slightly more complex than that. And to make matters worse, the problem extends beyond cinema, its roots digging deep along the trenches of the larger media environment (although television seems to be in its Golden Age and therefore immune).

The problem is that someone with the power to show audiences the film didn't want to. Or didn't care. That someone was Harvey Weinstein, but more on that in a moment.

Perhaps the ordeal wouldn't be as devastating, on an almost artistically criminal level, to the landscape of current day cinema if Snowpiercer wasn't an excellent movie. But it is.

The film, based off the comic album by Jacques Lob and Jean-Marc Rochette is directed and co-written (with screenwriter Kelly Masterson) by Joon-Ho Bong. It concerns the denizens of the titular Snowpiercer, a train that contains the last remaining members of the human race, barreling around what is left of Earth after a global-warming solution became a global-cooling problem. And because this is a film that revels in its overt topicality (currently, large swaths of society continue to deny the fact that the earth is melting), the train itself is home to a firmly stratified classist society. The 99% are confined to the dark and dingy back of the train while the elite enjoy the finer things in life like clubbing and sushi in the airier front sections of the locomotive. It's made apparent in the earlier sequences of the film that the people in the tail-section are no longer content to maintain the status-quo and so, in a revolution led by none other than Captain America himself (Chris Evans plays the role of the brooding and reluctant leader named Curtis) the beleaguered tail-occupants fight their way to the front.

The movie is much stranger and dazzling than its synopsis might indicate. Along the way, the Evans-led groups encounters ski-masked executioners who stop mid-battle to celebrate New Year's, a group of propaganda-fed schoolchildren, and a clairvoyant Korean woman addicted to industrial waste fumes. At one point, the group pauses their quest to eat Sushi in the middle of an aquarium car. Later in the steam room carriage, a tattooed martial arts expert engages a portly middle-aged assassin in hand-to-hand combat. All of this is thrilling and surreal and wonderful, if a tad confusing in places (the tail occupants survive off a steady diet of black protein gelatin and nothing else, the executioners dip their weapons in a dead fish's innards before a fight, and the sleeper cars necessary to house most of the passengers are completely absent from view) which is probably why Harvey "Scissorhands" Weinstein wanted to cut twenty minutes from the film before it hit theaters.

Bong, of course, was not keen on the idea and so the movie remained as he had envisioned it. Snowpiercer is better for it. Unfortunately, this led to Weinstein yanking the film from a wide-release to an extremely limited art-house rollout followed swiftly by a quiet appearance on VOD.

Like Edge of Tomorrow or Dawn of the Planet of the Apes, Snowpiercer is a big, expertly constructed film. The performances are excellent, especially those of Evans and Tilda Swinton. Each action sequence is a high-stakes visual feast. The score, cinematography, and direction put most of the standard American output to shame (despite it's mostly Hollywood cast, this is very much a Korean movie). It is yet another affirmation that 2014 is a good year for film. But unlike Godzilla or Captain America: The Winter Soldier, Snowpiercer hardly made it to theaters. And the theaters moviegoers eventually found themselves watching it in were not the big movie houses or multiplexes this film deserved.

Harvey Weinstein is the cause of this particular problem. But he is only a symptom of a much larger cultural issue. In the shifting, tumultuous ecosphere that is comprised of media (or "content" as it is glibly referred to), where do films like Snowpiercer fit in? With franchise concerns, grotesquely ballooned budgets, and a shift of power from filmmakers to monolithic media corporations, how do smaller films stand a chance? The situation is exacerbated when the presence of video games is factored in. Studios shutter months after their own critically and commercially successful game launches, soulless sequels litter the shelves, and gamers are forced to bear the brunt of the phalanx of micro-transactions or falsified E3 footage. Comics of course, are burdened by the looming and consistent shadow of the superhero genre.

At one point in Lob and Rochette's book, the tail-section of Snowpiercer is called the "rolling ghetto." The two creators probably wouldn't have guessed that this description could aptly fit the current state of the entertainment world. How will films like Snowpiercer escape the Rolling Ghetto of New Media?

The joke of it all is that the Snowpiercer comic and the Snowpiercer film have two different endings and two different messages. In the book, the protagonist (a very un-Chris Evans type named Proloff) makes it to the front of the train only to find himself replacing the aging conductor, running the train through sheets of snow for years until he dies. The train rolls on.

In the film, Curtis makes it to the front of the train as well. Only in this version of the tale he meets the creator of the train, a fascistic sociopath who long ago replaced the out of commission parts of Snowpiercer's engine with small children abducted from the tail-section. Then the train is blown to bits.

In one hand, a man in power is replaced by a man of a lower caste to keep the world turning. But neither man realizes the futility of his position. The world moves forward into eternity without them. On the other hand, the poor and the young are consumed by the world's leaders to fuel its forward momentum, hardening the socioeconomic barriers between classes. The world is destroyed to erase those barriers.

Is the answer to take Harvey Weinstein out of the equation and replace him with someone with a more inclusive vision? The system self-sustains—it makes no difference. If it's not Weinstein, it will be someone else. Is the answer to start afresh, to change the rules of media? Then the current system must be destroyed completely and rebuilt from nothing. Studios, as Steven Spielberg predicted last year, will collapse under their own weight before the changes become necessary.

The path ahead isn't clear or certain and it probably won't be easy—this is what a large-scale cultural transition looks like to those inside its bubble. As is sometimes the case, those in power seek not to evolve and forge ahead into undiscovered frontiers, despite necessity and desire, but rather to maintain the current model, to keep whacking the train's engine with a wrench, bringing it back to life in coughs and spurts.

So for now, as we gaze down the long winding track, the rolling ghetto keeps rolling.

Snowpiercer and the Rolling Ghetto of New Media