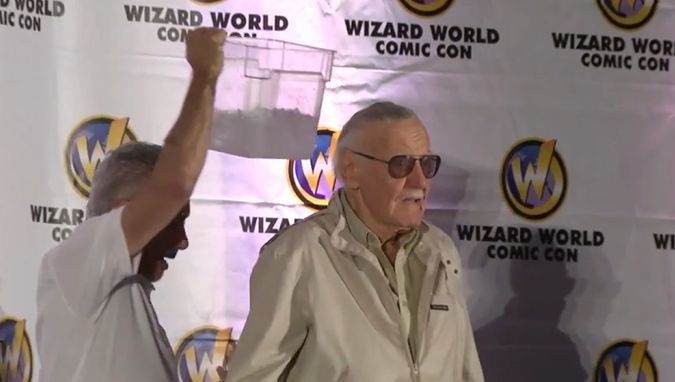 Lee stood on stage preparing to get ice water dumped on his head, but Macaluso dumped the ice water on a bobblehead figure of Stan Lee instead.

However, being that Stan Lee is Stan Lee, Macaluso told him that he could still call out three other people. Lee challenged President Barack Obama, President Vladimir Putin, and North Korean dictator Kim Jong-Un.